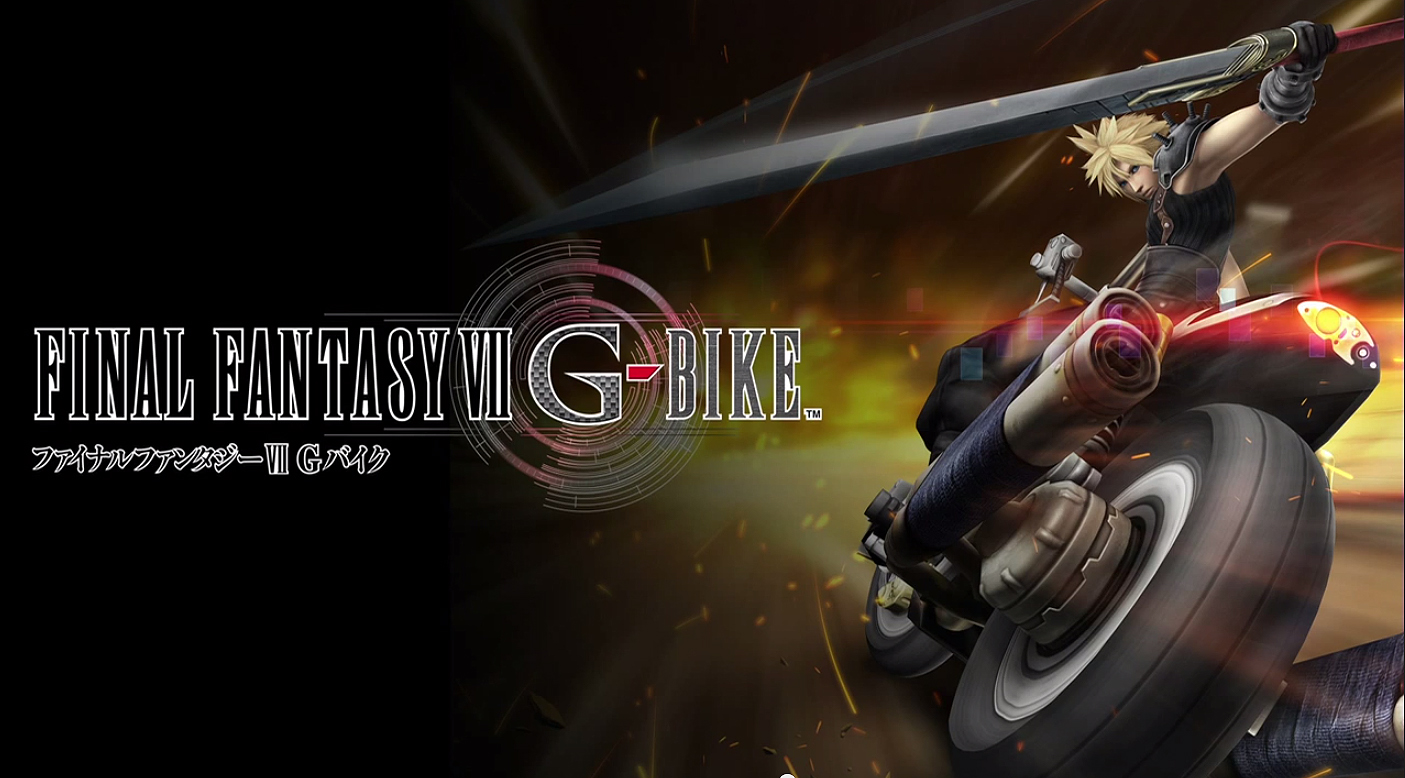 FINAL FANTASY VII G-BIKE is a high-speed action chase game coming to iOS and Android devices. The game merges high-speed bike chases with RPG elements such as character customization, development and item collection. You may remember the G-BIKE minigame from Final Fantasy VII. It was playable at a specific point in the main story or from the Gold Saucer amusement park. Now that minigame has been remade for mobile devices. 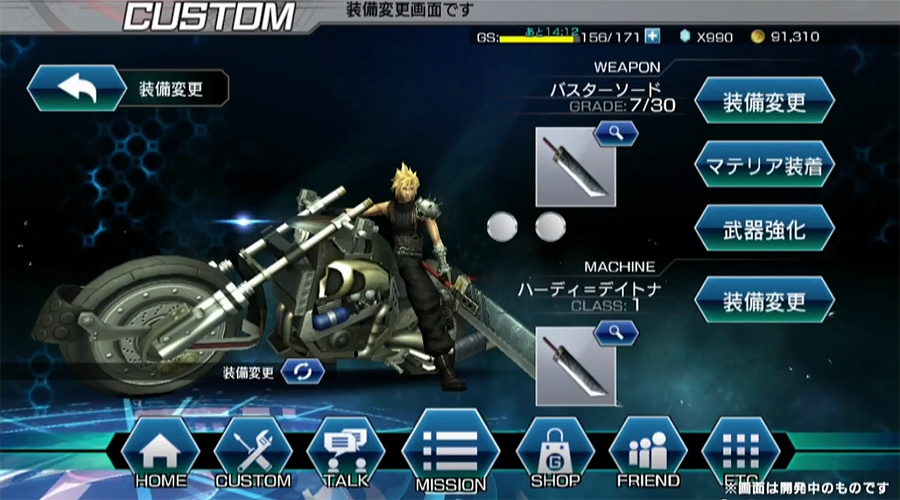 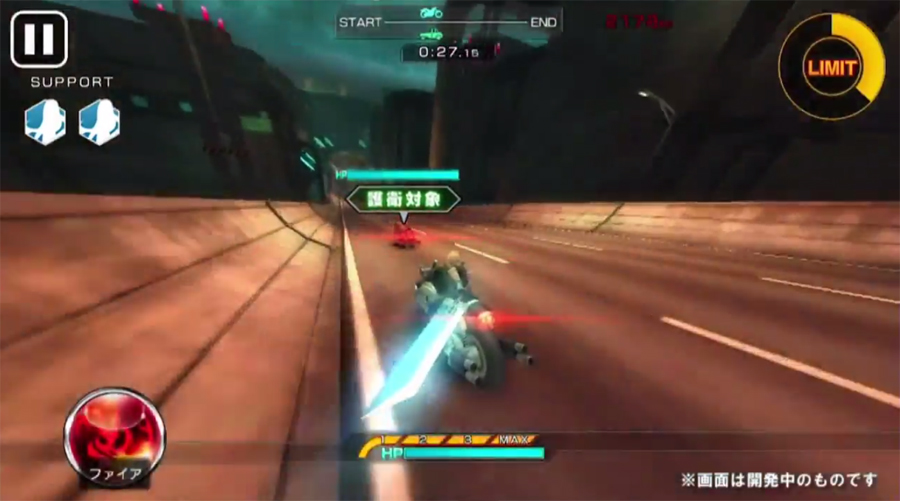 Controlling Cloud and his motorcycle happens by moving your finger or by tilting your smartphone. The right picture shows the gameplay interface: At the top, you can see the distance to your goal, the limit break gauge is located to the right corner, the menu/pause and the support abilities are at the upper left corner, the lower left corner is dedicated to the magic abilities, and the lower middle is for the hit points.

In the left picture, you can see the main customization menu. The Japanese language menu has sections for the materia and the weapons. 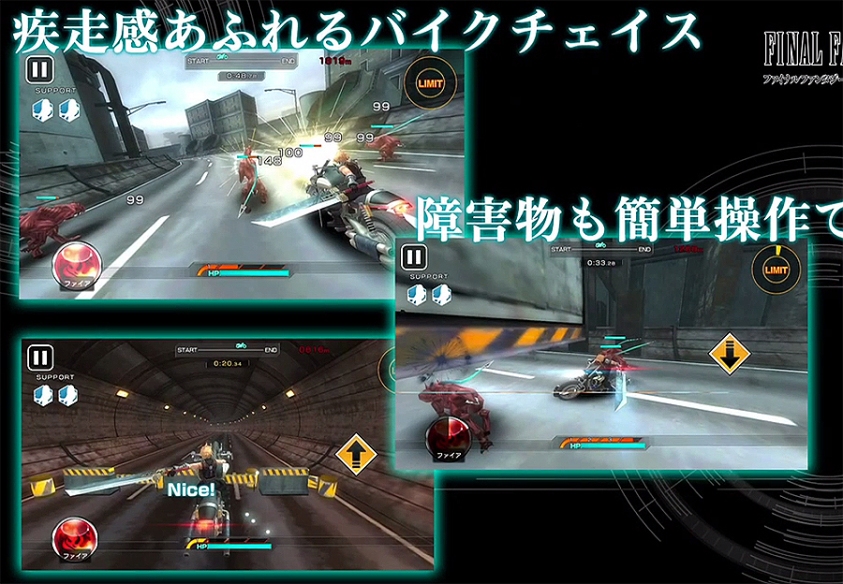 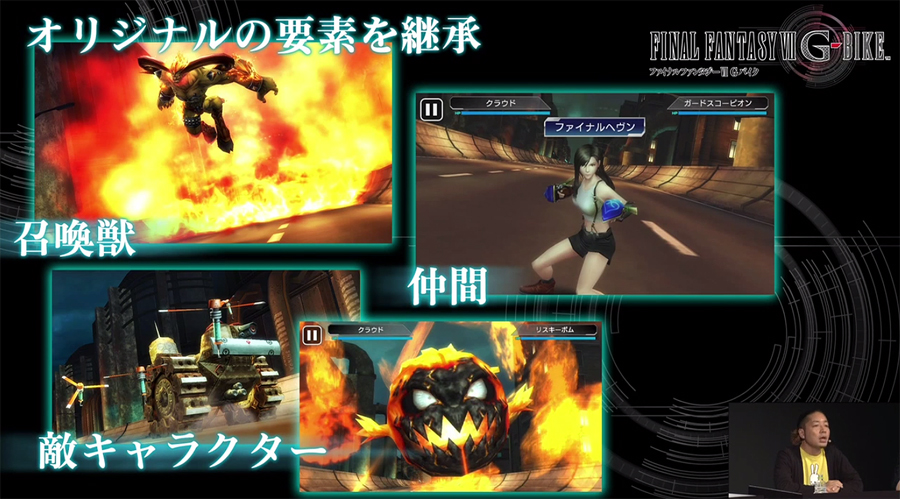 Since the player will solely focus on controlling the motorcycle, Cloud will automatically attack closer enemies. Cloud can also use his magic abilities (fire, blizzard, etc.). The spells can be executed by clicking the magic icon. By defeating the enemies, Cloud’s limit break gauge fills up, and once full, he can perform his limit break. To perfectly perform the limit break, the player needs to tap the screen at the right moment. Once in a while, Cloud may get assist from multiple characters such as Tifa! 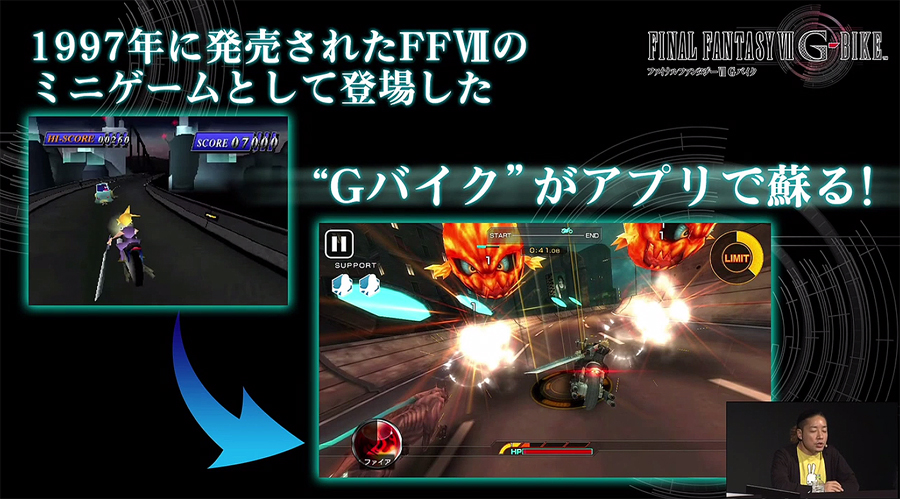 You won’t be driving around Midgar forever! The developers have revealed that they will be adding new courses and locations to the game. As mentioned previously, the customization plays a big part in Final Fantasy VII G-Bike. There will be multiple outfits available for Cloud, but they will be challenging to unlock. The new illustration by Tetsuya Nomura is actually one of the new outfits Cloud is getting for the game. The players can unlock new motorcycles skins as well.