This Is How Noctis Would Look Like in Final Fantasy VII 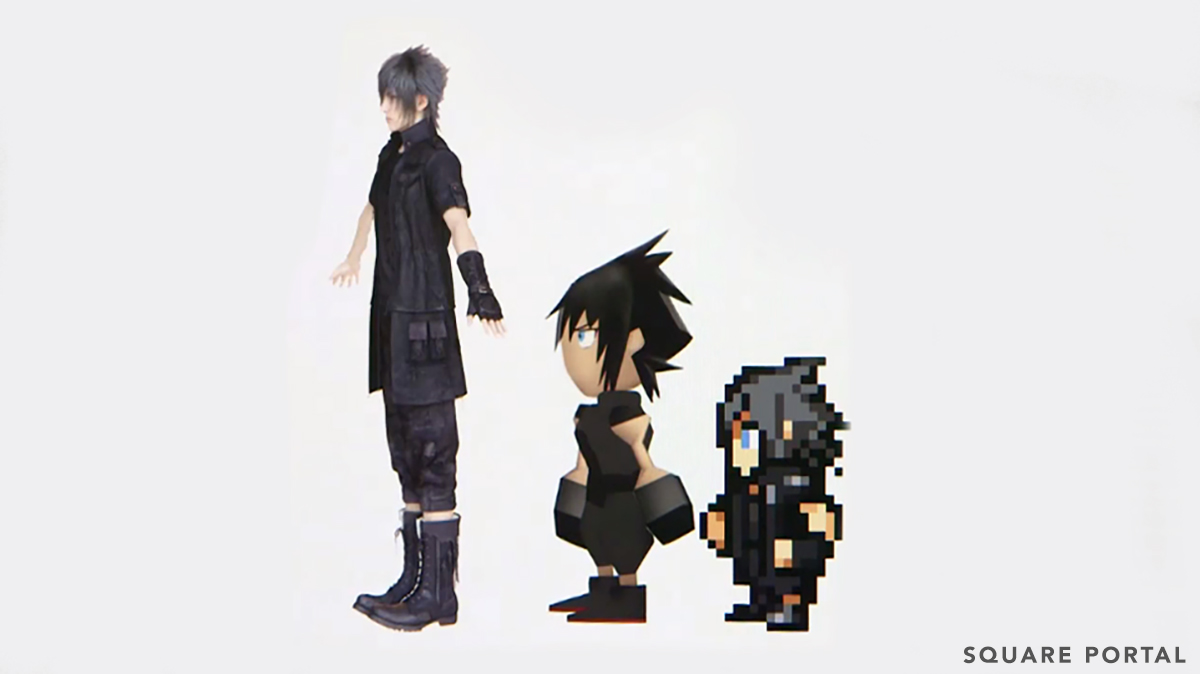 Noctis Meets His Predecessors from the Past

Did you ever wonder how Noctis would look like, if he first appeared in Final Fantasy VII when it was released on PlayStation 1 in 1997? How about in Final Fantasy VI or earlier? The first glimpse in an alternative timeline was revealed in “Final Fantasy: La Saga Cult” – a documentary produced in collaboration between French TV Channel D8 and Square Enix.

“Final Fantasy: La Saga Culte” follows the series since its inception in 1987, telling a story how Final Fantasy evolved into a critically acclaimed and over hundred million copies selling franchise in three decades. Alongside interviewing hardcore community members, it also gives a better look at Square Enix’s background and their financial success – and failures with problematic releases of Spirit Within and Final Fantasy XIV. They are also offering behind the scenes footage from the productions of Final Fantasy XV, Brotherhood and Kingsglaive Final Fantasy XV. The documentary is not yet available in English.