A few weeks ago Square Enix went on a press tour in Europe to promote Lightning Returns: Final Fantasy XIII. The German gaming site Spieletester had the chance to sit down with director Motomu Toriyama and game designer Yuji Abe for an interview about the game’s gameplay and story. 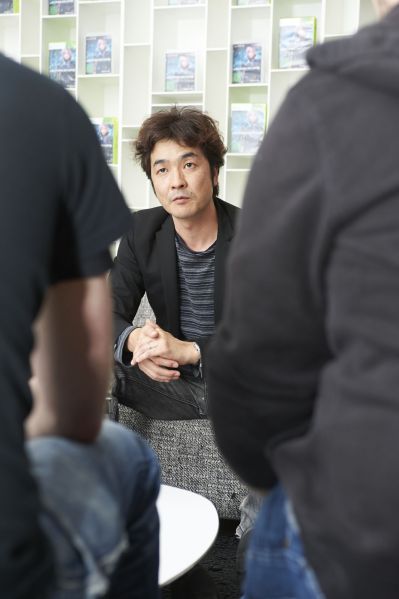 Interviewer: So, after I’ve seen that you focused on Lightning, I was surprised. I’ve always seen Serah as the true protagonist of FINAL FANTASY XIII. And after she got the main role in XIII-2, I was even more surprised. That she could not get the main role in the last part of the trilogy is self-explanatory, but what about Hope Estheim?

Toriyama: Lightning was the protagonist in XIII for us. But we know that many fans and gamers liked Serah, so we made her the protagonist in the second part. XIII-2 was planned to expand the world of XIII, because we could not fit the whole storyline into one game. So, for the epic finale, we thought we’d treat the “forgotten” Lightning a great come-back.

Hope Estheim is for us only a secondary character, even though we love him no matter what. He only lacks something that gives him the heroic image, like Lightning or Noel [the second protagonist in XIII-2].

Interviewer: When did you have the feeling that the storyline of FFXIII was too much to fit into only one game during its development?

Toriyama: Well, that is a complicated thing. We didn’t plan on making FFXIII into a trilogy. But after thinking about the plot holes in the story, we decided to develop XIII-2 and it was very soon clear that we had to make a third part. I think that we created a big and broad universe for the fans.

Toriyama: You know what you’re talking about so it is not new for you. At the end of XIII-2 Valhalla (the Unseen World) and the world of Lightning fused. The people of Cocoon and Neo Cocoon lost the ability to die and they have become immortal. LIGHTNING RETURNS plays 500 years later and the people have accepted their fate and changed their lifestyle. Damage has been done through time travel and those damages can be discovered at several, hidden places. 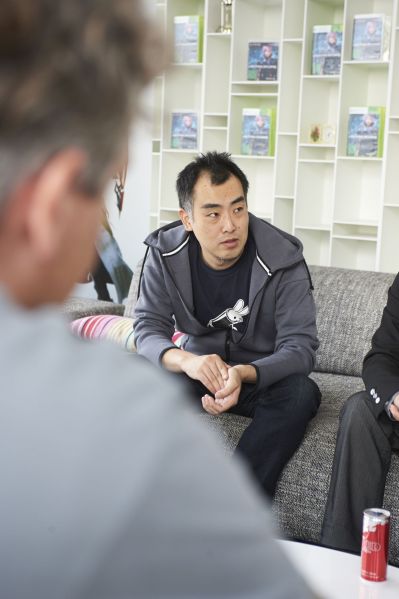 Interviewer: With the Wildlands we got a huge area to play with, including many things to be discovered and achieved. Can we expect more of these areas or is the Wildlands an exception?

Abe: We have several huge areas in LIGHTNING RETURNS: FINAL FANTASY XIII, as you might have already seen them in our previously published videos. The fun part is, that the player can switch between the areas freely, even if it is not part of the main quest. We can assure you that there are things to be dealt with – the frequency of side quests is really high.

If you want to run across the whole world, you’ll need 45 minutes – without the interference of fights. But then you would only catch a glimpse of the world.

Interviewer: Let’s talk about the battle system. You changed it again, with XIII-2 being already different from XIII. It contains more action and responsive mechanics now. Why the change? While FINAL FANTASY VII, VIII, IX and X are based on the ATB-systems, you excluded yourself from them even though the majority of fans agree that these were the best systems.

Abe: Before we develop a new part of FINAL FANTASY in general, we think about how we can change the battle system to present something new to the player. In FINAL FANTASY XIII the thought about an action-based-battle-system was not thought through yet, so we stuck with the traditional style with a mix of ATB and the paradigm-shifts to create more dynamic and action.

When FINAL FANTASY XIII entered development, the console-generation of the Playstation was new and fresh. We tried to work with the power of the new technology and the pure, and classic style was not possible. We wanted a system that lived up to the graphics and smooth animation of the characters. A static battle-system like the ATB was not the best solution, but we tried it at the beginning.

When we arrived to LIGHTNING RETURNS, we talked with the development team of FINAL FANTASY XV, which uses an action-rpg-based system, and got us some inspiration. Nevertheless, the strategic benefits and elements of the system from the older FINAL FANTASY games are still in use. They work as the foundation ground for our battle-system. And to achieve direct and dynamic fights, we took the paradigm-system from XIII and XIII-2 and chose them as a set on four buttons for four different actions. The result is still a tactical, yet more dynamic gameplay. Also, the flow of play is principally not disturbed by fights and for the future we will also take great value of tactics in FINAL FANTASY XV.

Interviewer: That explains why we’re able to block attacks for the first time in the history of FINAL FANTASY, right?

Abe: Yes, you are absolutely right! [happy & euphoric]. We are always so happy when journalists and gamers speak to us and find out that they’re able to respond to the attacks completely. When we created Lightning’s outfit, the shield came into the design and we knew immediately that we should let her block attacks. Automatically, we had the opportunity to create various fighting styles. Some might be playing more offensive with the sword and some more defensive with the strengths of the shield.

Interviewer: This is more of a personal question: Why did you not use magic such as Flare or Ultima since FINAL FANTASY IX anymore? And what about the summons? Well, XIII had them but…how should I put it. In a different way. I always remember the good old long summon-sequence from Bahamut in FINAL FANTASY VII. Can we hope for something like this someday?

Abe [laughs]: I knew this question would come someday! We thought about bringing Flare and Ultima back to the game. More than the summons who were last seen in XIII, like you mentioned. Our analysis shows that [regarding the long summon sequences] players are not very keen on waiting for the sequence in the midst of a fight to finish in order to see the damage done. That’s why we made a mix of it in XIII – cool effects, short scenes paired with nice gameplay for the player. We already have interactive-scene ideas involving cutscenes for games to come in the future, but I cannot tell you more about it yet.

Toriyama: Now that you asked specifically for Flare and Ultima, for the first time in years, these magic spells will be available in LIGHTNING RETURNS. Though they are very hard to obtain, the effects are pretty nice.

Interviewer: LIGHTNING RETURNS has a time limit and this is always a matter of delicacy in RPG’s. “The Legend of Zelda: Majora’s Mask” has found a nice balance. But aren’t you afraid that 13 days are seen as pressuring resulting in rushing through the game?

Toriyama: We made many tests to prevent this situation. At the beginning we got a lot of negative feedback, because the time did not even allow to reach the end of the game. After adjustments we managed to arrive to a satisfying amount of time. We had a countdown running towards zero on the upper part of the TV – constructive feedback has been given and now there is the clock.

Abe: We included some tricks for the players so they do not need to rush. A certain ability gives the opportunity to stop the countdown for a short time so the player can have the chance to discover the world. And if it is still not enough, there exists an “easy-mode”, where no time-punishment exists for fleeing a battle and where more time is given to save the world in general. [One day in-game lasts 2-3 hours in real life].

Interviewer: Do you have plans to publish a trilogy-box? It is a given opportunity.

Toriyama [smiles]: We did not announce anything, but I can tell you that a trilogy-box is planned for the japanese market. I think that we will also plan something for the American and European market in the future.

Interviewer: Our time is running out and here’s the last question: Can you say something about character-development? Is there a crystarium available?

Toriyama: I can tell you a bit about how it functions: In LIGHTNING RETURNS we modified items and theoretically it is possible to see and buy the strongest weapon and armor at the beginning, yet the money for it can only be obtained after a while. Lightning’s personal development is tied to the storyline and the more souls you rescue and gain blessing, the powerful she gets. The rest is still a secret. Sorry!

Interviewer: Wonderful, I am excited! Thank you very much for the interview!

Special thanks to ricerose09 for the general translation!