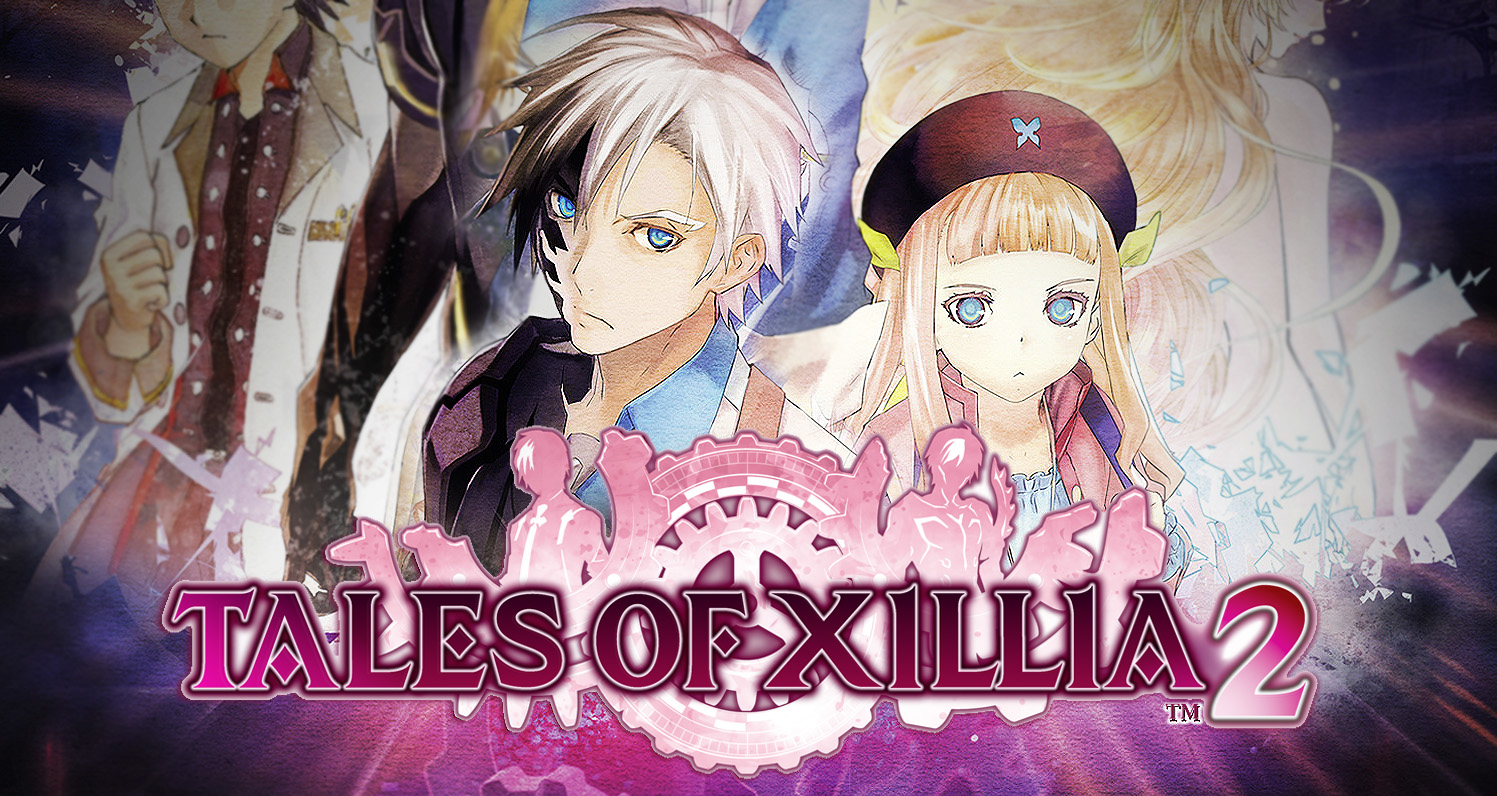 A BRIGHTER FUTURE IS WAITING FOR US?

When watching a few years backwards into the games industry, you could easily say that only a few titles such as Final Fantasy and Kingdom Hearts were defining the Japanese role-playing market in the West. In the recent years, the things have changed quite drastically and game companies have become more eager to bring their Japanese titles overseas. This has helped the games market to become more diverse and healthier than ever before. Titles like Ni no Kuni, Persona, Drakengard, Nippon Ichi’s games and Tales of games are great examples of how there’s enough space for so-said niche game releases. It’s also a good sign that the companies seem to be listening to their customers and there’s always public discussion going on; whether the game should arrive here and what it would demand from the fans.

As a Japanese culture and games enthusiastic I’m obviously interested in seeing more Japanese titles coming to the West, because they provide very different experiences and approaches compared to the Western games. In general, it’s always good to show support for the companies if there is a reason for that. This Fall, I got a chance to spend over 35 hours playing Tales of Xillia 2 and see what is has to provide and how well Bandai Namco Games executed their fourteenth mainline Tales of game.

We would like to thank Bandai Namco Nordic Partners for providing us with a promotional copy of the game and giving us this opportunity to experience the game.

HOW MUCH WOULD YOU BE READY TO SACRIFICE TO SAVE THE PEOPLE YOU LOVE?

Tales of Xillia 2 follows the story of Ludger Will Kresnik, who is part of the mysterious Kresnik family. Since the beginning of the world, the members of the family have possessed supernatural powers, which allow them to jump from a dimension to another. As the Spirius Company hires Ludger, he soon learns these abilities would allow him to search and destroy the mysterious fractured dimensions that are threatening the existence of his world. A new epic adventure is about to begin.

As the journey starts, Ludger is accompanied with old faces from the previous Tales of Xillia game. He also meets a mysterious girl, Elle, whom he decides to protect. Together the team tries to save the world from the distortions and soon they realize the true meaning behind their mission. What’s humanity? Is our “prime” world more important than others’ dimensions? You have the power to save and destroy the world. Your choices will also matter… at least they should.

HIT THEM FAST, HIT THEM HARD, AND HIT THEM A LOT!

Tales of Xillia 2 is like any other Japanese role-playing game when it comes to the basis. The player can customize the characters with different kinds of weapons, equipments, outfits and hairstyle. The leveling up happens by gaining experience from the battles, but learning new artes/abilities works a bit differently. The player has to adjust a magical orb and choose which elemental route he wants to take. This route can be changed any time and it will define the abilities the characters learns as it gains experience. Other aspect is setting skills, which strengthen the characters in the way you choose them: For example, for a magician you can choose skills that boost magic abilities.

The game uses a real-time action battle system, where the player needs to create combos by combining basic attacks and artes. The player can adjust his favorite artes for each character, building his ideal attack setups that fit to his fighting style. When watching other people play the game, it was interesting and cool to see how differently they have built their arte layouts. There’s also a link gauge that allows you to perform powerful combo attacks with other party members. When the gauge is full, you can perform these special attacks as often as you want until the gauge reaches zero. This system turned out to be a turning point during the challenging battles when I wanted to deal lots of damage to the boss. 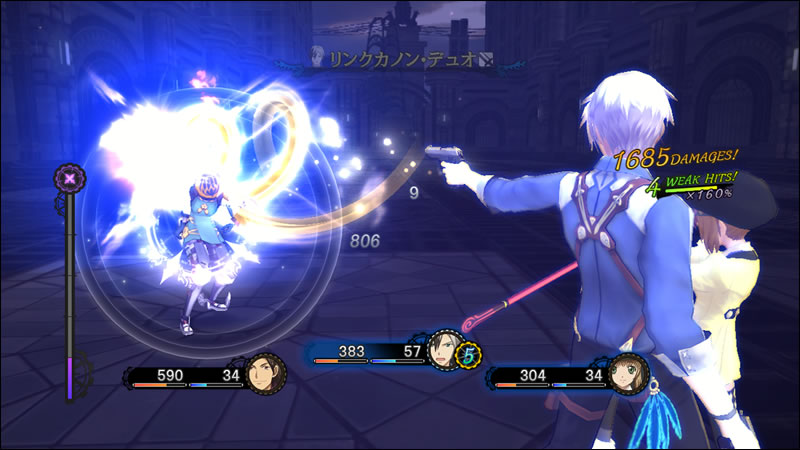 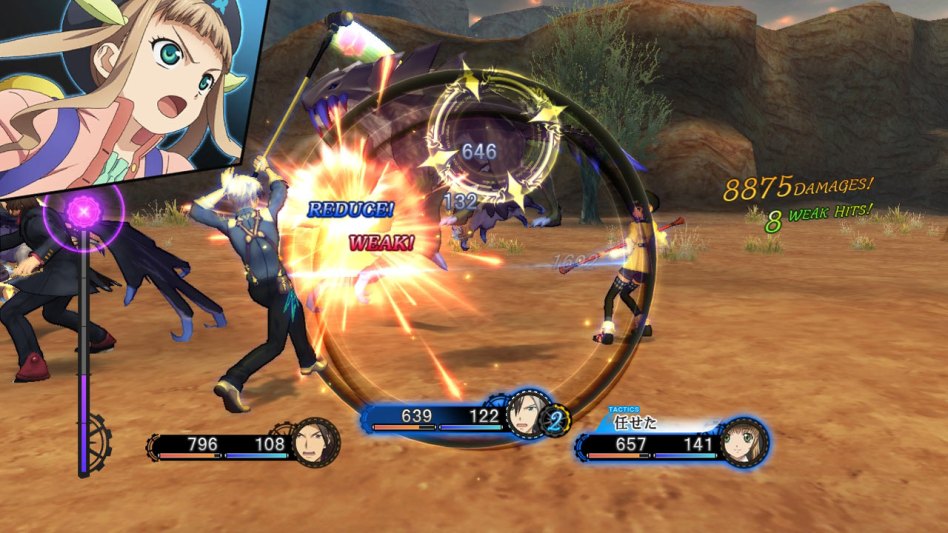 As the game goes further, the player will be able to build a team of four from nine playable characters. The leader can be changed from the menu and during the battles you can seamlessly change from a character to another. The characters you are not controlling are following the strategies you have set from the main menu. I found myself usually playing as Ludger because he can equip three different weapon types: guns, blades and a hammer. He also has a special mode called Chromatus, which allows him to deal a huge amount of damage. This wasn’t actually a good thing, as it made Ludger overpowered when compared to other party members. The other problem with the characters was that you had to set their abilities from the menu as well, since the game highly encourages the player to play as Ludger, the transition to play as other characters wasn’t that smooth. 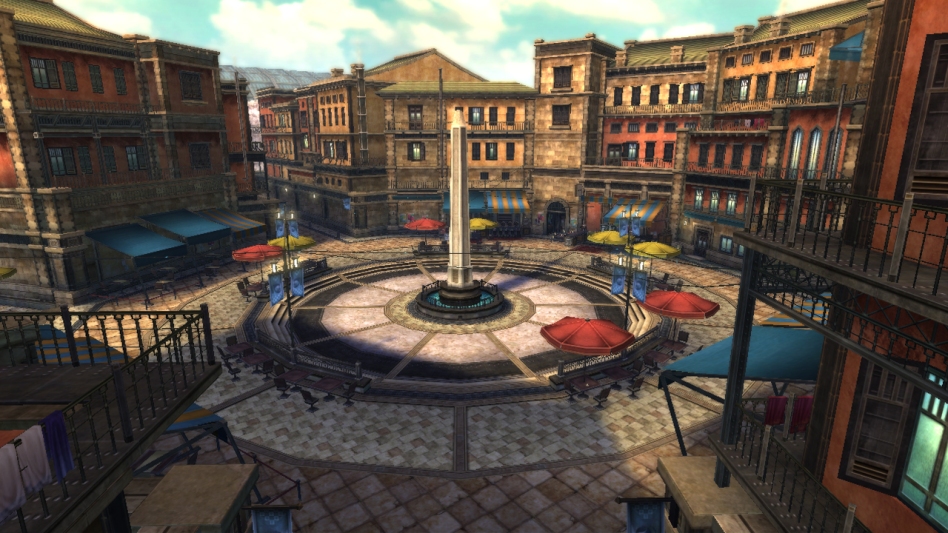 One thing I really appreciated in Tales of Xillia 2, was the fast travel feature which lets the player quickly move around the world. The player just needs to choose the place he wants to go and he will be teleported there. This feature becomes more appreciable later on because it eases the completion of side mission, and you don’t need to spend time on useless running. Another key feature I was really fond of was the sprint, which made the characters run fast through the area. There was also a catch with it: if you collide with an enemy while running, you will be attacked from behind.

If you enter in the world of Tales of Xillia for the first time with the sequel, it will likely provide you with a huge map with many new areas. Though, if you are a returning hero, all the areas have remained the same and there are no any major changes. It would have been nice to have some color changes or more details added.  However, the events of the sequel happen a year after the original game and it’s just logical the areas haven’t changed that much. The environment design was nice most of the time, but sometimes I could find myself exploring a dungeon that is just a mirror version of an earlier one. Some corridors and parts of the buildings also felt like copy pastes from another. This makes the environmental design feel a bit lazy or not so well executed.

Do Natural Disasters And Other Conflicts Have An Impact on Games?

The story of Tales of Xillia 2 is centered around time distortions and destroying the fractured dimensions. It was interesting to see how similar it was to Final Fantasy XIII-2. I am not suggesting the game would be copying it, but discussing about an interesting direction in the Japanese games development since both games released within a year from each others. Both games focus on choices and fixing the main timeline or the prime dimension and solving paradoxes or destroying the fractured dimensions. In Final Fantasy XIII-2, there was a text “Pray for Japan” during one CGI cutscene. It was a reference to the tsunami catastrophe that happened back in March 2011 in Japan. It’s great and sad to see how the real world events influence the direction of the games and how much games are relating to real world situations when you examine them closely. This is a very personal reason why I became even more curious about the story of Tales of Xillia 2: I wanted to see how much the developers are communicating with the society through their games.

Overall, the story won’t be too hard to understand or follow for the newcomers. It also deepens the relationship between the returning characters and the returning fans. The writing was absolutely hilarious with some characters, but I was also happy to see some growth happening among a few characters. This made them gain more respect in my eyes, thus, creating a deeper connection. The story stresses a lot the possibility to choose how do you want to reply to certain questions. With a “right” answer, you will gain better reputation from other party members, which will teach them new skills. I felt it wasn’t a good thing because now the game kind of decides the right answer for the player. When the player has a feeling he needs to reply a certain way to questions, it breaks the immersion of free will and emphasis on choices. On the other hand, these choices were a nice addition into the game because it gave you a feeling that you can communicate with others. This way it was also more enjoyable to follow the story, even though your answers didn’t matter most of the time.

Ludger is the main character of the game and basically “you” because you get to choose his answers and see where it leads through the story. However, I felt like Ludger was more like a written character with his own feelings and backstory, not an empty vessel which he was meant to be. He obviously had feelings and stories from his past to share with others, but for some reason the designers tried to make him be the player itself. Since they created him a past and feelings, it would have been better to write him as a character with a proper voice acting. As said, I wasn’t so fond of non-voiced replies. It would have been more pleasant to hear Ludger discuss with others more than shouting his artes names during the battles. Now he felt like a character who was hiding and holding all his feelings and passion deep inside. It didn’t feel so natural and made him seem a little simple.

Altogether, Tales of Xillia 2 is an entertaining game that you will likely enjoy if you like JRPGs. It’s highly recommended to play the first part before starting your journey with the sequel, but it’s not completely necessary since you are mainly playing as Ludger who is completely unfamiliar with other characters as well. Though, you will be able to build a deeper connection between characters and see them evolve through the storyline if you finish the first game before jumping to the sequel.

Tales of Xillia 2 provides great combat that might get too easy when you obtain the chromatus skill, but that’s why the game provides three difficulty setups. The world will be wide and diverse for the newcomers but recycled areas might bother the veterans. The story elements are solid, and even though your choices don’t influence your story that much, they bring something fresh and engaging to the series. Though, I wish I would be able to create a deeper connection with Ludger, but his mute designing was limiting this opportunity.

As a closure, I could say Tales of Xillia 2 feels like a fresh entry to the series. It made me interested in experiencing the previous games again and looking forward to the next installment’s arrival. Let’s hope Tales of Xillia 2 does well enough to redeem another Tales of game for the West, and in my opinion it did.