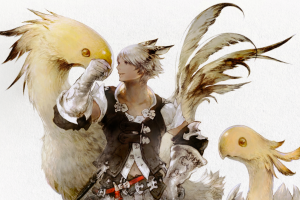 Square Enix has released artwork of two character classes from the upcoming Final Fantasy XIV 2.0 update at Comic-Con in San Diego. Hyur Over the course of some one thousand years and three great migratory waves, the Hyur have become the most populous of the civilized races in […]

Square Enix has been for a long time to finally bring Final Fantasy XIV for PS3. Luckily PS3 players aren’t getting just porting over the PC version of Final Fantasy XIV. The system will be redone for PS3 players, Famitsu reveals this week. The PS3 version uses an […]