The Next Tomb Raider Game Will Be Raided In 2018

The cat is out of the bag. Square Enix surprised the Tomb Raider fandom on December 7th and announced on their social media platforms that a new Tomb Raider game was in the works and would be revealed at a major event in 2018. 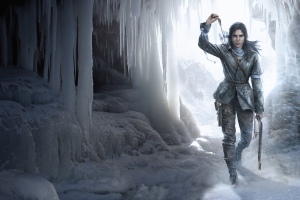 Rise of the Tomb Raider – “Descent Into Legend” Trailer

The secrets of history are hidden in hostile environments. Lara must survive in the wild, then discover and explore deadly tombs filled with traps and puzzles in her search for the Lost City of Kitezh.

Rise of the Tomb Raider Confirmed for PlayStation 4

Square Enix has announced that Rise of the Tomb Raider is coming to PlayStation 4 in Holiday 2016, with PC version releasing in early 2016.  The game follows Lara Croft’s harrowing experience only to be discredited as part of a cover up. Now, after uncovering an ancient mystery, Lara […]

Update: A recorded version of the gameplay has been updated on Youtube. This is not the official version which is why the video quality may not be the best possible. Rise of the Tomb Raider gameplay has been premiered at E3 2015 during Microsoft’s Press Conference. During the […] 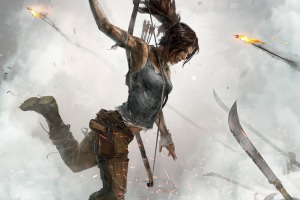 First “Rise of the Tomb Raider” In-Game Screenshots And Details

Rise of the Tomb Raider to be featured on the cover of Gameinformer in March 2015! The direct sequel for the best-selling entry in Tomb Raider series sure gives more pressure for Crystal Dynamics, but the team is ready to expand on Lara’s new direction. This time Lara […] 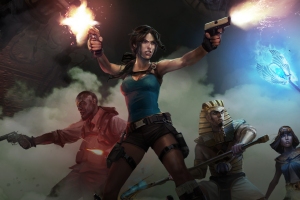 Lara Croft and the Temple of Osiris: “The Icy Death” DLC and Community Challenges Out Now

Square Enix has released the third developer diary, where they give an inside look at Temple of Osiris’ downloadable content and Community Challenges. The Icy Death pack is now available to download, and contains a new tomb filled with challenging puzzles and a slew of enemies. The pack […]