Language, who created remixes for the original soundtrack of Lightning Returns, has released a new remix album of their latest record, “Magure.”  The remixes album includes nine different kinds of mixes from various artists such as Kaito, Thomas Schumacher and Mitsuto Suzuki! [The composer of Final Fantasy XIII-2 […]

Language has finally released its brand new studio album called “magure”, today! The album has eleven songs that include beautiful songs such as Hikari and Inazuma ! Earlier, we have also reported that Language and Mitsuto Suzuki have been working on the remixes for Lightning Returns: Final Fantasy XIII […]

Here is the latest music video called “Hikari” from Language. I thought to share this one with you, since they are also working on the soundtrack of Lightning Returns, to get little hints how their songs may sound like in the game. Language’s new album, Magure, will be out next month! […] 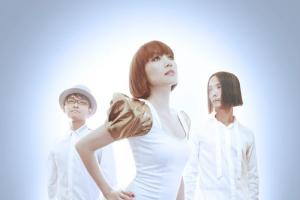 Mitsuto Suzuki has announced on his personal SQUARE ENIX MUSIC BLOG that Lightning Returns soundtrack will have remix songs – almost like Final Fantasy XIII-2 had “aggressive mixes.” However, this time it’s a bit different because they have hired a Japanese band, Language, to make compose few remixes. […]