Bravely Second will be released on April 23, 2015 in Japan, exclusively for Nintendo 3DS. Now Square Enix has revealed the opening cinematic of the game, showing off Visual Work’s amazing efforts. Bravely Second takes place a few years after bringing peace to Luxendarc. Agnes Oblige has become the newly inaugurated […]

Nintendo just announced that the New Nintendo 3DS will be arriving on 13th February in Europe and North America. Since the release is happening soon, we decided to give you a closer look at the console and unbox it! The New Nintendo 3DS has a few improvements upon […] 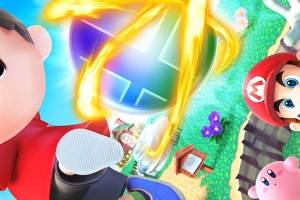 Super Smash Bros. for Nintendo 3DS Review | Let’s Dance Boys! The Super Smash Bros. series is one of the most successful and played Nintendo games of all time. It has gained both commercial and critical success; and players from both casual and hardcore fanbases have taken it […]