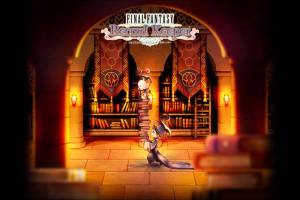 Square Enix has trademarked “Record Keeper” in Europe. This is probably a sign they are currently localizing “Final Fantasy: Record Keeper” which is a free-to-play smartphone game where the main character Deci recovers historical Final Fantasy moments from chaos by participating in memorable battles from the series. The game […]

A new Final Fantasy game will be arriving to the Japanese mobile marketplace as it gets released for iOS and Android devices later this year. Final Fantasy: Record Keeper is a free-to-play title developed by DeNA and published by Square Enix.  The game will also feature microtransactions and […]