As we promised, a new trailer of Final Fantasy XIV: A Realm Reborn is available today! The free “Dreams of Ice” Patch 2.4 contains new mainline scenario and side story quests, where the players get to continue the Hildibrand story and even challenge Ultros and Typhon! For the first time, the developers are adding a new class to the game: the rogue. This class heavily focusses on speed and power, and it’s possible to evolve into the Ninja job.

It’s time to test your abilities, the Warrior of Light! You may have saved Eorzea from many enemies, but we haven’t banished the darkness yet. It’s time to prove you’re worth your name and fight the Lady of Frost, Shiva. Prepare your best equipment for the Final Coil of Bahamut or train in the new dungeons such as Snowcloak, Sastasha (hard) and The Sunken Temple of Qarn (Hard). More details below!

The aches of the realm never cease, and Alphinaud, Scion of the Seventh Dawn, has founded the Crystal Braves in a bid to grant her succor. In their tireless efforts to protect Eorzea and her peoples, the Warriors of Light now aid this fledgling company in uncovering a plot that could otherwise bring the realm to its knees. What dark forces stir in the shadows of Eorzea? Side Story – Hildibrand, Agent of Enquiry

When we last saw Hildibrand─agent of enquiry, inspector extraordinaire─the phantom thief had once again eluded his grasp. With talk of a tournament to be held in Ul’dah, however, it is all but certain where the fiend will strike next. Will our heroes thwart their quarry’s dastardly Coliseum scheme? Will a Manderville man rise to claim the title of champion? Join Hildibrand and Nashu on their next case to find out!

Side Story – The Dragon’s Neck

The air in the Coliseum is electric as the contenders enter the arena for the final confrontation. On this grand stage, the Warrior of Light─savior of the realm and champion of the people─squares off against the eccentric, eight-legged Ultros and his formidable friend. When blades clash with wriggling limbs, who will emerge victorious? 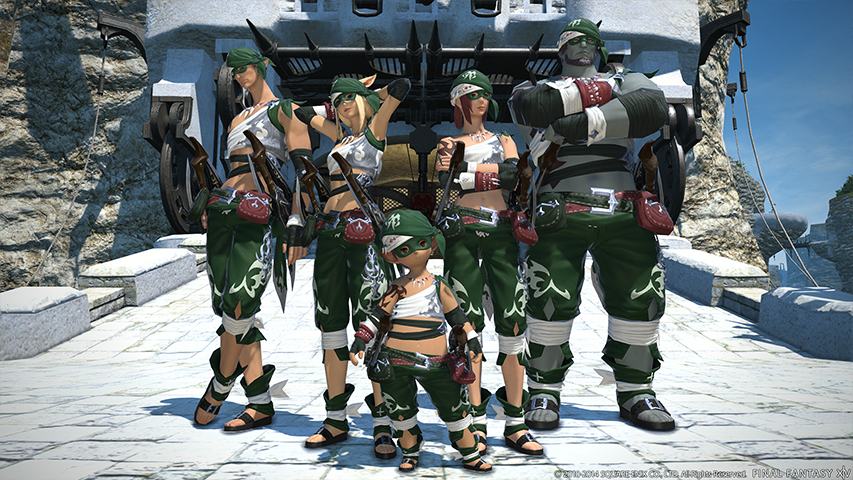 These agile fighters pride themselves on their skills with knives and daggers to make quick work of enemies. Lurking in the shadows, adhering to no laws but their own, they punish the wicked, pilfering their ill-gotten gains and delivering them to the downtrodden masses. Thought by many to be mere common criminals, some would say they play an unseen hand in maintaining order in the buccaneer’s haven of Limsa Lominsa. 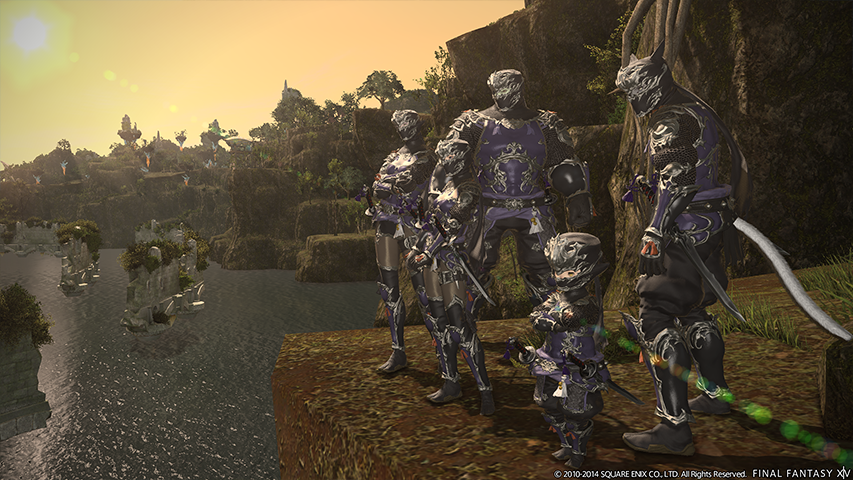 Hailing from the war-torn lands of the Far East, the secret arts of the ninja were born of necessity, and have since given rise to a unique breed of highly trained combatants. Able to manipulate the vital energies of the land, the air, and living beings, they manifest their power through the weaving of signs, unleashing a wide array of attacks against their foes. Master the arts of the ninja and learn to bend the tide of battle to your will.

The barren hills and icy peaks of Coerthas play host to countless battles in the never-ending war between the nation of Ishgard and the Dravanian horde. As their age-old struggle wages on, a new threat has emerged: the primal Shiva, Lady of Frost. Who has summoned her, and how will the Warriors of Light stand against this mighty maiden of ice?

The Final Coil of Bahamut

The resurrection of the elder primal Bahamut is nigh, and Alisaie has petitioned your aid for a final venture into the labyrinth to forestall a reckoning that would tear the realm asunder. When the truth behind the Calamity is revealed, will Alisaie at long last have the answer she desires?

The landscape of Eorzea has undergone a great many changes in the wake of the Calamity, giving way to anomalies heretofore unseen. The great ice wall, Snowcloak, is one such construct molded in the aftermath of Bahamut’s rampage. Once thought to be impassable, recent reports tell of a network of tunnels piercing through the heart of this crystalline impasse. Duty demands these passageways be investigated, but woe unto he who finds their creator.

Tucked deep inside the dank caverns of the Sastasha Seagrot, there is a secret port said to have been built by the pirate Mistbeard. In the years following the Calamity, the notorious Serpent Reavers claimed it as their lair, until the cutthroats were vanquished by a band of dauntless adventurers. The place subsequently came under the control of Lominsan authorities, who maintained a security presence within. Alas, that control did not last, for an unknown faction has arisen─seemingly from the briny depths─and overwhelmed the occupying Yellowjackets. Opinion is divided over the identity of these foes. Some say that they are pirates, while others swear that they are fiends. Yet it does not take a scholar to see that these two things need not be mutually exclusive. 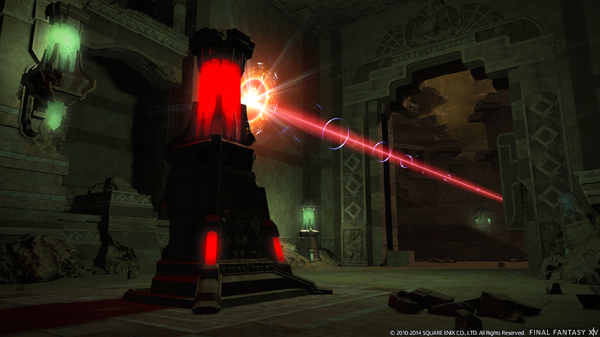 Adventurers fear not danger, scholars care not for comfort, and miners like not unturned stones. Thus was born the unlikely partnership between the Order of Nald’thal and Amajina & Sons Mineral Concern, in the wake of a certain adventurer’s conquest of the Sunken Temple’s notorious traps. But the dead of Qarn left many snares─more than enough for a thousand years of greed─and now, a tomb raider’s fevered dream of riches has stranded the joint expedition in a place where history has a tendency to come alive…