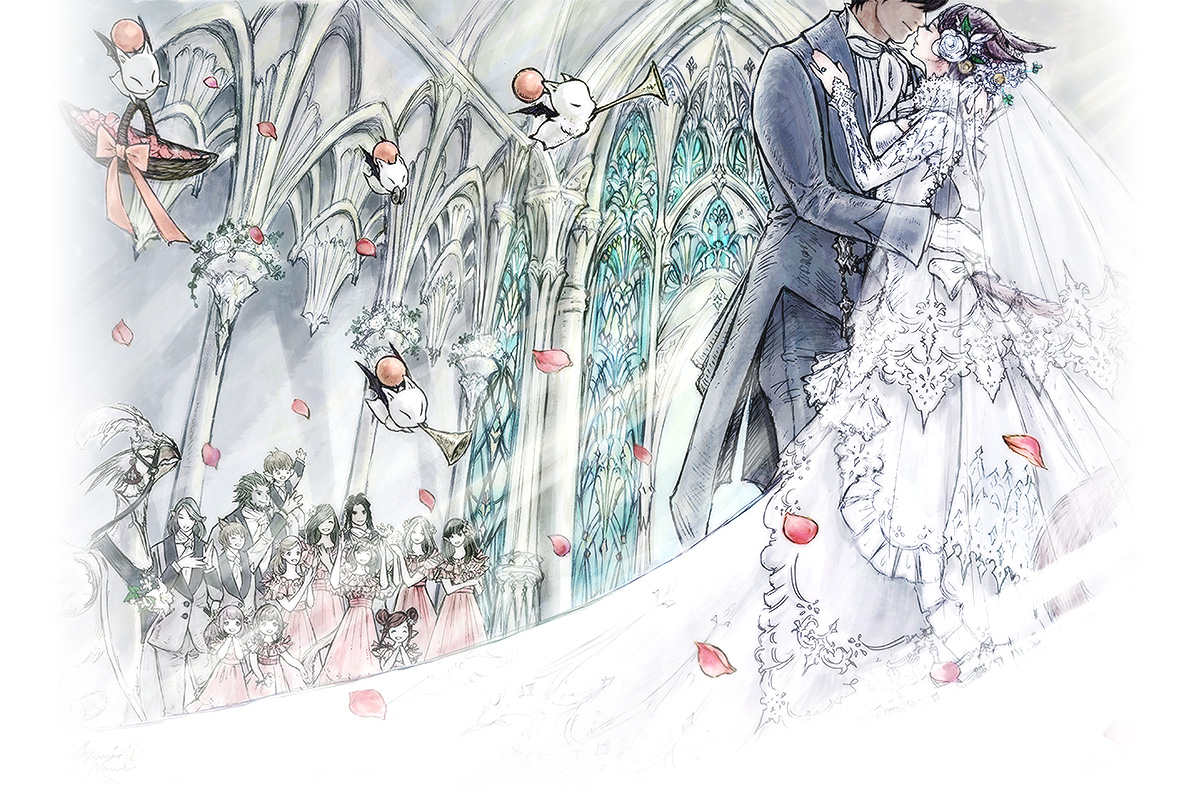 Final Fantasy XIV: A Realm Reborn – Patch 4.45 is now available for download! The new update add the long-awaited marriage system to the game. Eternal Bond was revealed last Spring and Naoki Yoshida also confirmed Final Fantasy XIV will be supporting same-sex marriage because they see no reason to restrict the bond of marriage. This means everyone will be able to marry their loved ones in Final Fantasy XIV – starting today.

Players can pledge their everlasting devotion to a significant other in a Ceremony of Eternal Bonding. You can choose between three plans on the Final Fantasy XIV’s Mog Station: standard, gold, or platinum.  The standard plan will provide couples with eternity rings, ceremonial attire, special hairstyles, and commemorative furnishings─everything needed to celebrate a blissful union before the eyes of gods and men. Players who select the gold or platinum plans are in for an optional dash of extravagance. Both offer color schemes for the chapel decorum, choice of cutscenes played during the ceremony, and dyeable attire.

More details on the official Ceremony site where you can reserve dates etc. for your weddings!