2B is an all-purpose battle android, deployed as a member of the automated infantry squad, YoRHa. She is equipped with a sword for close quarters combat, and can attack from range using the “Pod” support system. Her eyes are obscured beneath her standard-issue military visor, which she rarely removes.

Members of the YoRHa squad forgo names and are referred to only by their code numbers. Though the regulations forbid them from expressing emotions, each model has its own distinguishing personality, and 2B is comparatively cool, calm, and collected. 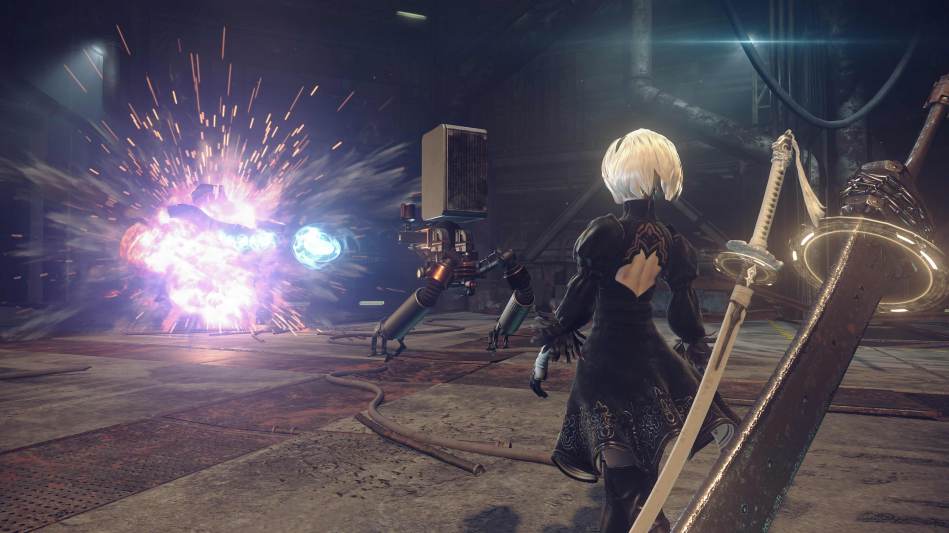 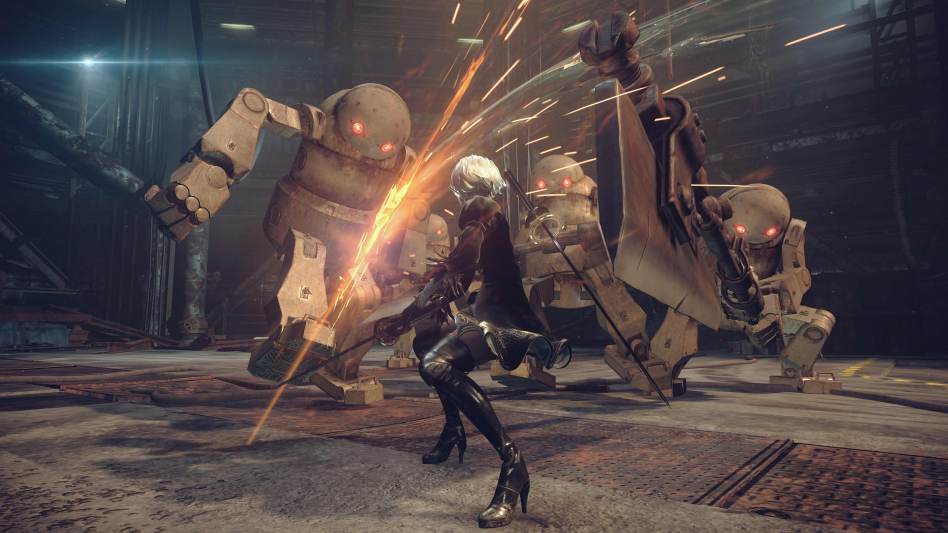 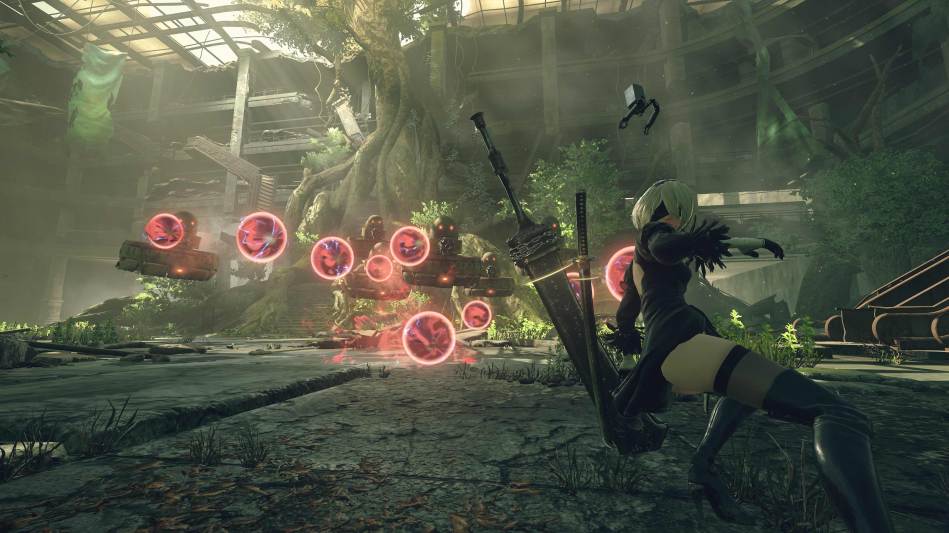 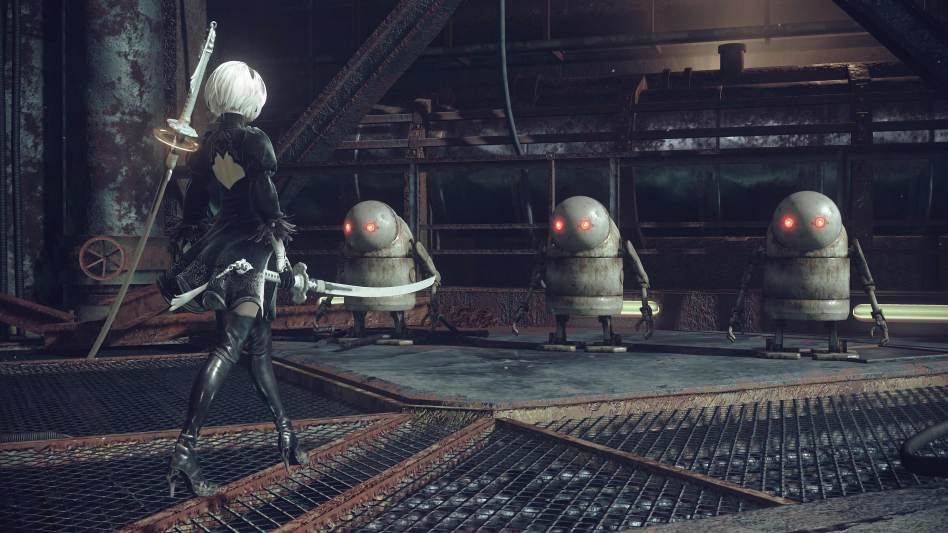 Invaders from another world attack without warning, unleashing their secret weapon: the machines. In the face of this insurmountable threat, the human race is driven from the earth and takes refuge on the moon.

The humans develop an army of android soldiers to fight back against the mechanical horde, but succeed only in slowing its advance. To break the deadlock, a new breed of android infantry is sent into the fray: the YoRHa squad.

In the forsaken wasteland below, the war between the machines and the androids rages on. A war that is soon to unveil the long-forgotten truth of this world…