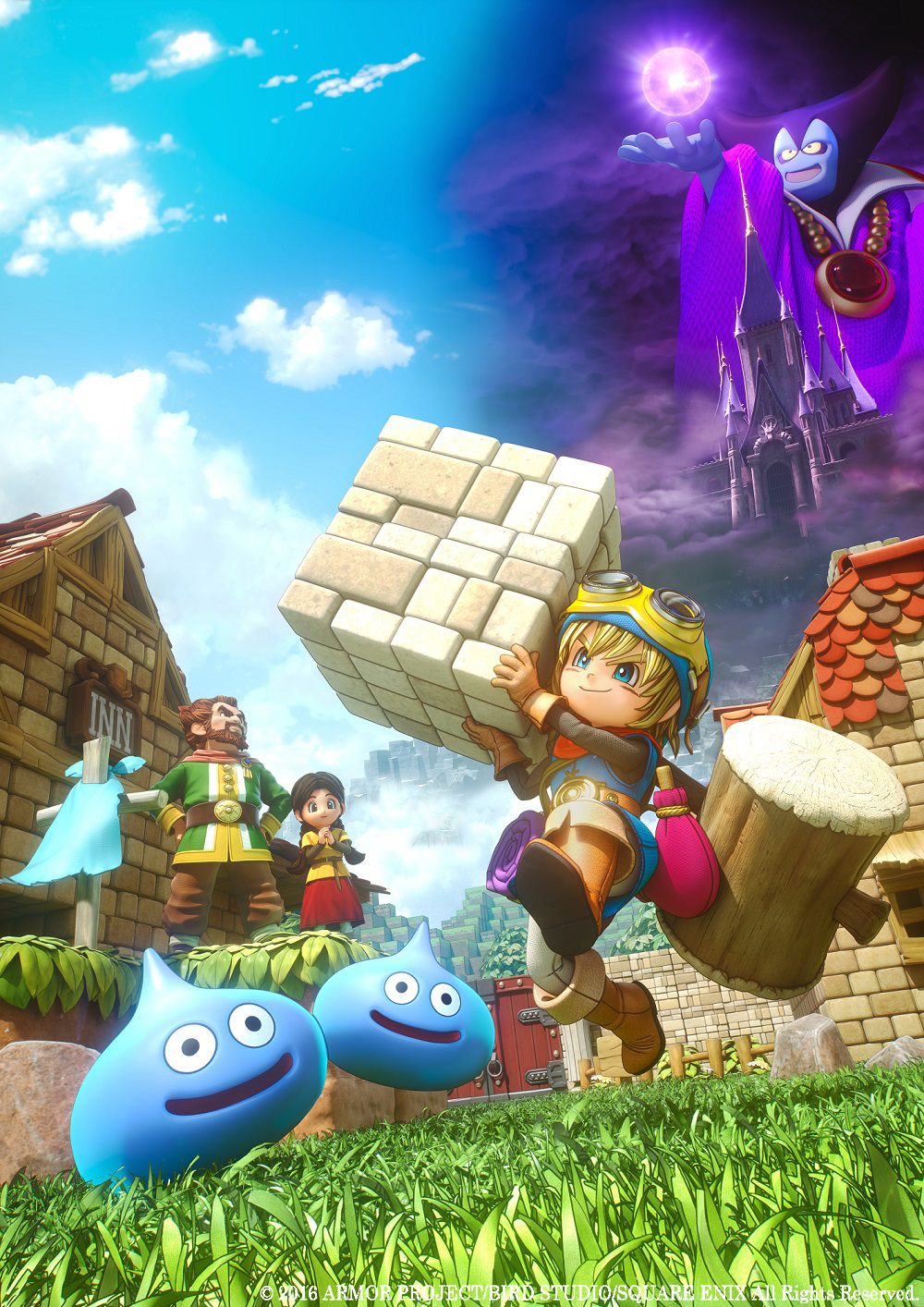 In celebration of the 30th anniversary of the Dragon Quest series, Square Enix has announced that Dragon Quest Builders will be released in North American and Europe this October – exclusively for PlayStation 4 and PlayStation Vita.

In this building adventure, players will use their creativity to gather and combine a variety of unique tools and materials in order to rebuild Alefgard, a realm destroyed by the menacing ruler of the monsters, the Dragonlord. The title offers sandbox gameplay combined with a story that allows players to interact with other characters and monsters. Players can create wide variety of structures, in response to extravagant requests from citizens eager to find new homes.

A long time ago, the realm of Alefgard was engulfed in an ongoing battle between the humans and the monsters. A celebrated hero stood up and confronted the Dragonlord, the wicked king of the monsters, to try to put an end to the conflict. Through his vile trickery, the Dragonlord deceived the hero into a false deal, and Alefgard was destroyed in the process. The few survivors were robbed of the power to build and scattered around the world to live out their lives in despair and apathy. The very idea of creativity and imagination became mere legend, and mankind was reduced to a meager existence, surviving only by scavenging what remained among the ruins for centuries to come.

Until one day, a new hero is awoken by the spirit of the land – one who will become the Legendary Builder, within whose fingertips dwells the long-lost power of creation. Rebuild the ruined realm in your own image and bring an end to the Dragonlord’s reign of evil once and for all.