Square Enix has announced  that it will have special presentations and guests at Japan Expo in France this year. Square Enix and Nintendo Conference: “10th Anniversary of Kingdom Hearts” – Shinji Hashimoto, executive producer, and Yoko Shimomura, composer of the series, will celebrate ten years of Kingdom Hearts series […] 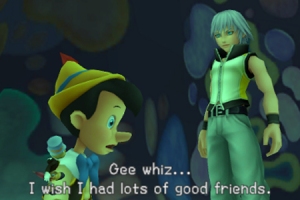