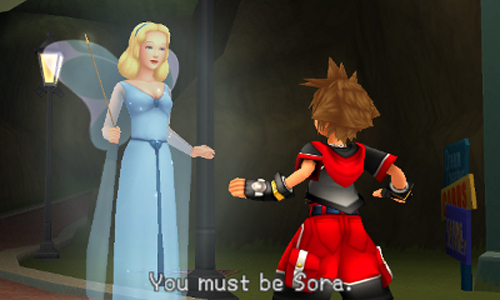 The demo is set in the world of Traverse Town, where Sora and Neku from The World Ends With You will meet. Players will be able to recruit allies, Spirits, and defeat enemies, Nightmares. You will also get to experience the new Flowmotion and Reality Shift features.

The latest set of screenshots shows Sora and Riku enter the world of “Prankster’s Paradise.”

In this Pinocchio-themed world, you’ll encounter Geppetto, Monstro, the giant whale, the Blue Fairy, and Pinocchio himself.

Square Enix has released a new gameplay trailer at E3, titled as “Sora and Riku.”

The stars of the clip are the heroes who has their own unique storylines and gameplay style as they take the Mark of Mastery exam and uncover the mysteries of the world.

The new flowmotion trailer introduces new flomotion system. Square Enix has also released a special trailer for E3 which you can see below these videos.