infamous: Second Son was one of the very first titles revealed for PlayStation 4, and it’s also the third installment in the series. Now about a year after the reveal, I finally got my hands on the game itself, and prepared to see is Delsin Rowe capable to fill Cole’s big boots as the king of the open-world superhero games. Is Sucker Punch’s new release a full-fledged next-gen title or a rushed tech demo? 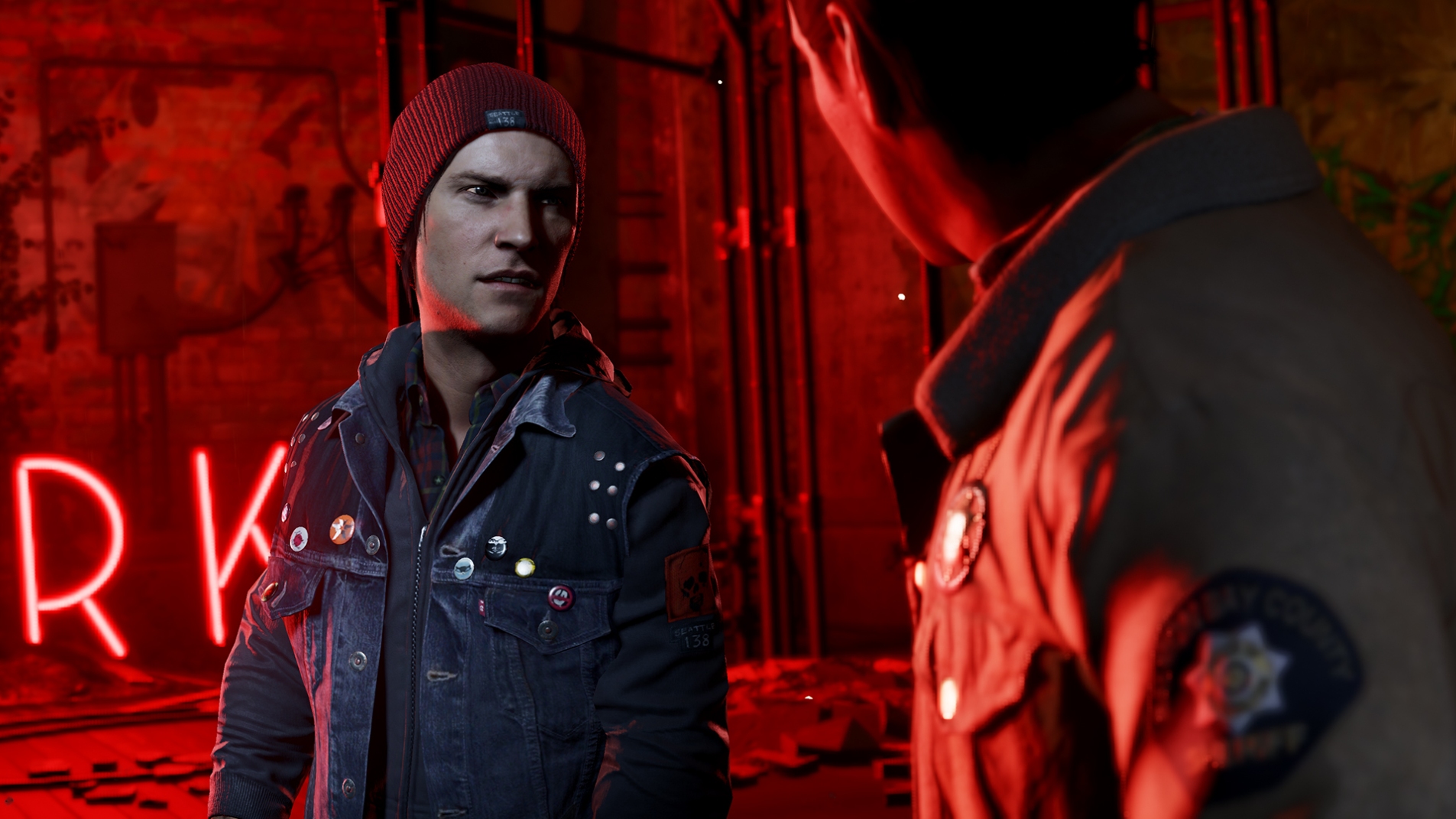 inFamous: Second Son throws you in Delsin’s pants. He is a misunderstood punk who tends to be quite artistic – in his own unique way. One day, during a road accident, bioterrorists manage to escape from a police car. Delsin encounters one of these humans with special powers, and everything goes absolutely wrong. Soon he wakes up as the number one enemy of the state with powers only his kind can match – Delsin is now one of the bioterrorists. He and his brother, Reggie, start a journey to find a cure to free Delsin from this curse.

The life as a superhuman isn’t as easy as you may think. Delsin starts a new chapter in his life as unaccepted and persecuted by others – “the normal people”. It’s true that very often, we people tend to be scared about things we know nothing about like immigrants, other cultures even sexual minorities. It’s easier to close your eyes and act like the problem never existed but when it suddenly touches your own life and family, something needs to be done. These themes play a big part of the psychology in Second Son.

The main characters’ fates aren’t the most charming ones. A loser, a drug addict and a victim of bullying. Now these people, whose lives have been ruined by others, want to help and fix the society to build a bit brighter future for their kind. The super powers are great equipments when trying to change the world in a “good” or “evil” way.

Overall, the game delivers a surprisingly good story. It has nearly ditched the previous dark and cold atmosphere but it still feels like “inFamous”. As the themes remain serious, the developer team has given a new colorful and more lighthearted touch to the story. The tongue-in-cheek writing provides awesome over-the-top and funny moments at times. It was a positive surprise to see a story with such diverse scene planning from an inFamous game.

The gameplay continues the traditional inFamous experience. This time everything is just smoother, more versatile and polished. Brand new abilities and beautiful effects powered by the next-gen hardware create an illusion of freshness and newness.

At the beginning, Delsin’s main power is “smoke”, but don’t worry, he acquires even more powers during the story. Each power works its own unique way and they all play a bit differently on the battlefield. This allows players to try different kinds of strategies and approaches which makes the gameplay feel less repetitive.  For example, smoke power focuses on confusing the enemies and dealing damage, when neon power is far more stylish and demands more aiming skills.

Seattle is a large town with a lot to explore. That’s why moving around might be quite slow when starting your journey. But once the amazing neon power is unlocked, player can run around with the speed of light – even up the walls! 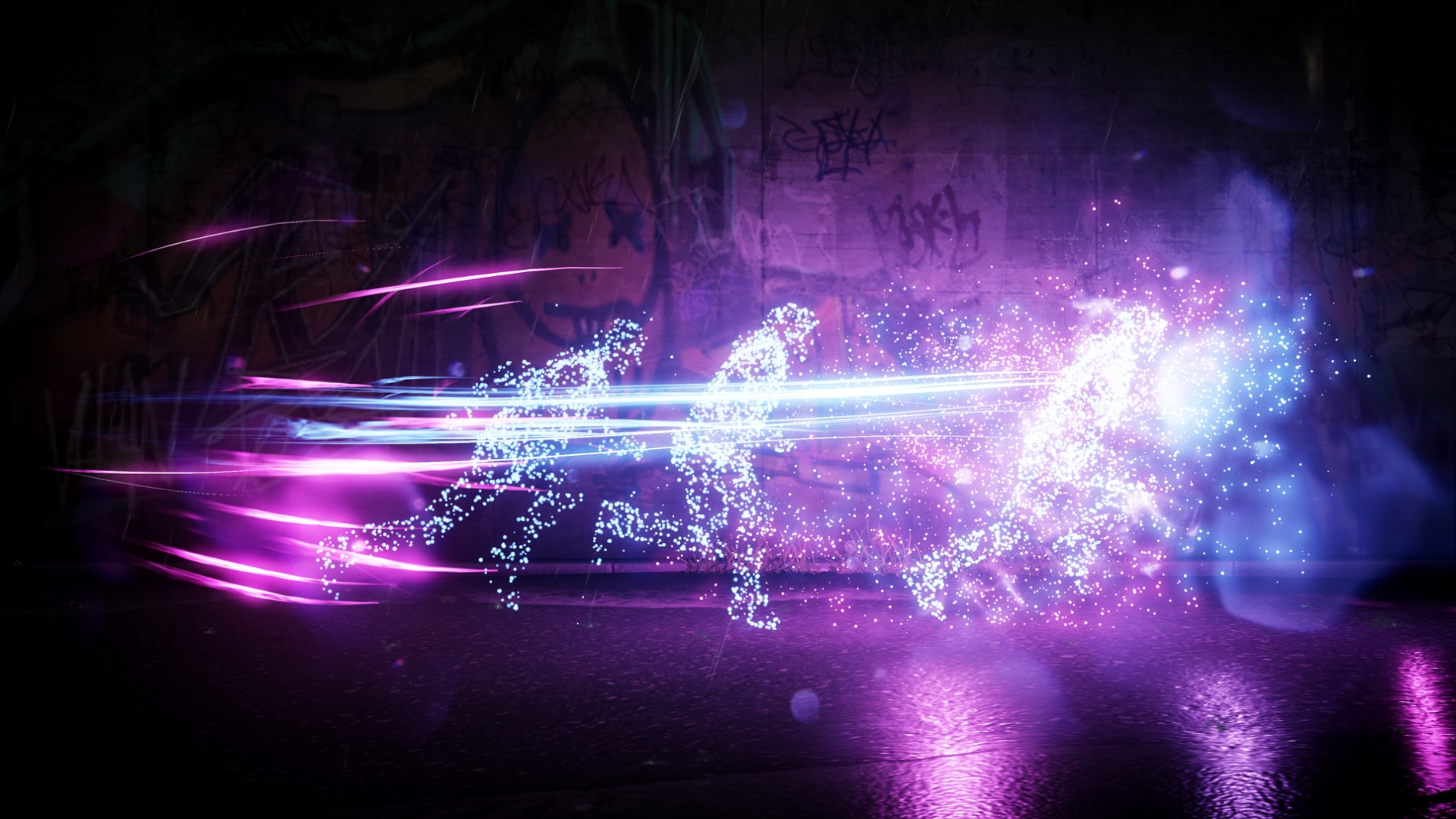 Skill upgrading is crucial if you’re planning to slay the enemies and be a hero or an absolute bitch. The upgrading happens by collecting “power shards” from the enemy checkpoints or by destroying flying monitor bots. Once you have collected enough,  you can unlock brand new abilities and improve the older ones. The more efforts you put on seaching these shining things, the more powerful you’ll become. And the world will bow down in front of you.

How could you save the world if there was nobody trying to stop you? The enemy design is a great improvement from the previous titles. This time your usual enemies are normal soldiers and their commanders. Some of the high ranking ones have an ability to use their leader’s concrete powers during the fights. These enemies brings a nice feeling of threat and chaos in the battles. At times the enemies can be quite heavenly and satanic at the same time. 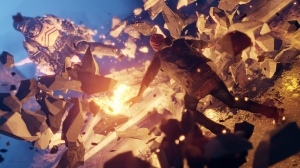 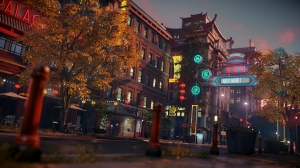 Before starting my journey with inFamous: Second Son, I was worried about quests since open-world games tend to become quite repetitive towards the end. As the main quests provide more diverse gameplay experiences and story bits, they are the salt that keeps the game entertaining. By completing side quests, you can take down the D.U.P and slowly tear down their domination. This way, players are one step ahead from freeing the city of a bioterrorists chasing group which is funded by the government itself.

At first the side missions are entertaining and there even are some things Sucker Punch hadn’t done before with the series. But as I got nearer to the end, they started to feel slightly repetitive. I wished they would have surprised me and brought something we hadn’t seen during the first hours of gameplay. Sadly they didn’t: all side quests were focused on secret agent hunting, file searching, camera and objective eliminating and, of course, spraying the walls! (Loved this one!)

inFamous has always played around with “Good & Evil” themes, and players actions and choices affect to his skills and the story. Second Son isn’t an exception. This time your choices matter even with the main cutscenes since they are slightly different for good and evil players. There are also evil/good mission and players need to choose between them. Wanna be the savior like Lightning? Or the hell on the earth? It’s all up to you.

However, during the gameplay I felt like the story of the game was meant to be played as “Good” since good things felt more natural to Delsin’s character. It may be hard to write and create a neutral character which makes all choices look equal. Still, I always felt that evil acts weren’t the right option. Perhaps this is just related to my own kindness. Anyway, good and evil feature brings more replay value since their stories differ from each other. I wonder what happens when you mix them?

inFamous: Second Son won’t let down people who are looking for eye-candy. The game looks absolutely gorgeous, especially during wet conditions. Seeing light glowing from puddles and wet surfaces is truly impressive, as small detail as it is. It doesn’t matter when you visit the beautifully detailed Seattle, it still somehow amazes you.

Alongside Killzone, inFamous Second Son is one of those next-gen games that dishes the infamous gray  and cold realism and makes the world more colorful and enjoyable. The game also features stylish animated artful cutscenes which have been a thing for the inFamous series since the beginning.

PlayStation 4 has had strong launch but its game library is slightly lacking interesting titles outside the shooter scene. But now inFamous: Second Son comes and saves the day – like a real hero –  by providing a great story with impressive visuals and fun gameplay. If the first playthrough hooked you up, the Good and Evil setting will be making sure there is enough replay value for the second playthrough. Honestly, I never was that fond of the previous titles of the series, but third time’s a charm when it comes to inFamous: Second Son.

inFamous Second: Son will be out for PlayStation 4 on March 21st!