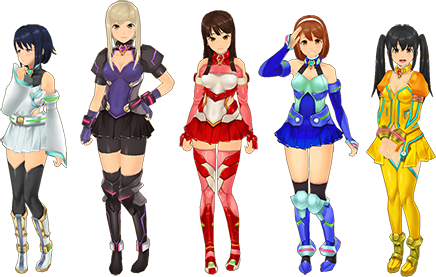 “School Girl Strikers” is the latest mobile release from Square Enix – developed by SisiLaLa Overdrive. The game follows a story of high school students facing off big challenges. Player can create a team of five and get them different kinds of outfits and accessories, and unlock more by playing the game. If you own a Japanese Apple ID, you can download the game for free from App Store. To get a better idea, how the game works, watch the gameplay video below.

You may already know Mitsuto Suzuki’s work well, since he was one of the three main composers chosen to create soundtracks for Lightning Returns and Final Fantasy XIII-2. He has also worked on The 3rd Birthday. Kengo Tokusashi is known from his assist work on LRFFXIII and FFXIII-2 OSTs as well. Kenicki Mikoshiba has worked on different projects such as The Last Remnant, and he did sound editing for SaGa series and Final Fantasy XII soundtracks.