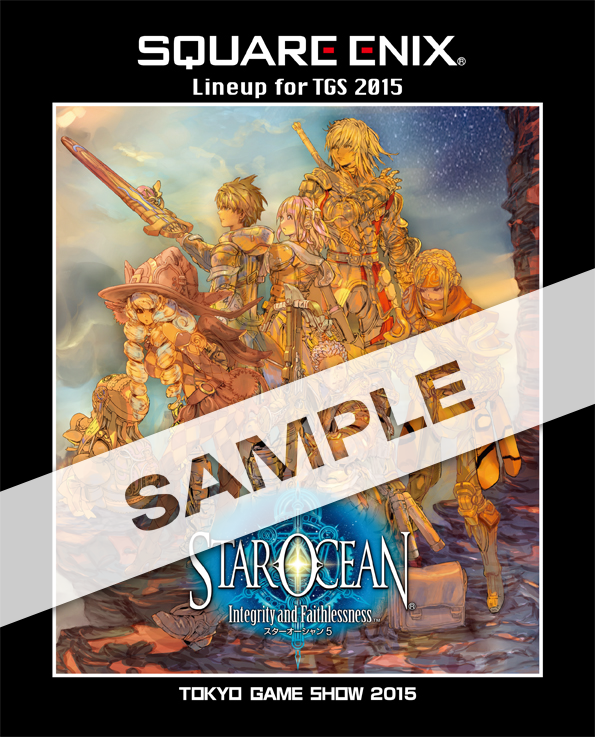 Square Enix has shared a new Star Ocean 5: Integrity and Faithlessness keyart (sample) from Tokyo Game Show 2015! The game will be fully playable at the event where the developers are planning to share even more details about the title – including a brand new trailer!

Tokyo Game Show 2015 will be held on 17th – 20th September, 2015 in the Makuhari Messe, Chiba, Japan. The main focus of the show are Japanese games, but multiple international video game developers come to showcase their upcoming releases as well. The first days of Tokyo Game Show are open for business people (including Square Portal), but the last two days the general public is allowed to attend and experience the magic.