On the official site, Square Enix has announced that the Japanese release of Star Ocean 5 will be postponed from February 25, 2015 to March 31, 2015. The reason for this is rather simple: further polishing. The game is set to arrive in 2016 exclusively for the PlayStation 4 […]

Square Enix has shared new screenshots and artwork from Star Ocean 5: Integrity and Faithlessness, featuring Fidel and Miki exploring the world with their friends. Announced at E3 2015, the latest chapter of the highly celebrated sci-fi role-playing game series will be coming to PlayStation 4 worldwide. The tri-Ace […]

Square Enix has shared a new Star Ocean 5: Integrity and Faithlessness keyart (sample) from Tokyo Game Show 2015! The game will be fully playable at the event where the developers are planning to share even more details about the title – including a brand new trailer! Tokyo Game […] 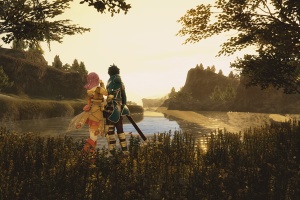 Star Ocean 5 Announced for the West

STAR OCEAN 5: INTEGRITY & FAITHLESSNESS Star Ocean series continues as the fifth installments heads to PlayStation 4 in the West! The release is scheduled for release in 2016. Star Ocean 5 is developed by tri-Ace & published by Square Enix. The footage showed today was running in […]

STAR OCEAN 5: INTEGRITY & FAITHLESSNESS Square Enix has released Star Ocean 5 Announcement Trailer, which doesn’t show any new footage, but instead of that it goes retrospective with the previous entries in the series and prepares the fans for a new adventure. Previously: Star Ocean series continues […] 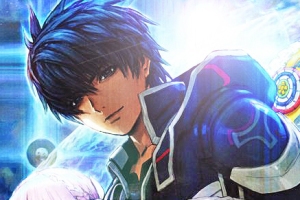