“In Sleeping Dogs, combat packs more than a punch. Brutal ballistic battles are punctuated with all manner of Gun Fu: pack a pistol when missions are challenging, vault from cover into kill-extending slow motion or take to the streets for high-speed kill streaks.” Sleeping Dogs will be available […]

Square Portal is proud to present its second ‘site commercial’ which this time is dedicated to Sleeping Dogs which is developed by United Front Games. This trailer is meant to show some cool sides of the game, but to get deeper picture what the game really is about, we recommend you […]

It is about three weeks before the release of Sleeping Dogs, and Square Enix today revealed an exclusive piece of bonus content for Just Cause fans. All players who has a save data of Just Cause 2 on their console’s hard drive will be getting an exclusive and free […]

Square Enix & United Front Games have released a brand new Sleeping Dogs gameplay video. This time Dan Sochan from United Front Games takes you through the mission called “Mrs Chu’s Revenge.” The description of the video “In the back room of the Golden Koi, the restaurant is far […] 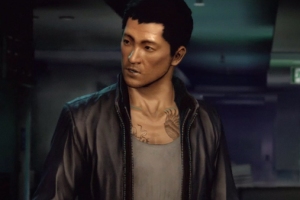