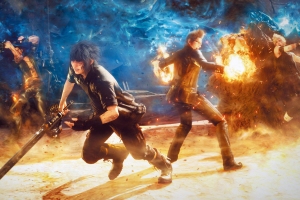 It’s hard to believe that 2014 is ending just in a few days. Luckily, there’s still enough time to celebrate holidays with your family and your best friend, Square Portal, hah! We’ve prepared a Christmas surprise for you: a new Final Fantasy XV wallpaper featuring the Jump Festa […] 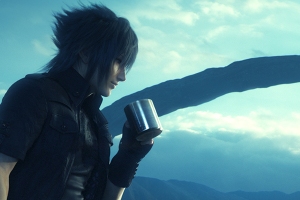 With over 3,000 fans in attendance, Square Enix unveiled the upcoming expansion to FINAL FANTASY XIV at the first inaugural Fan Festival event in Las Vegas this weekend – ahead of the first European FINAL FANTASY® XIV FAN FESTIVAL which takes place in London on 25th October 2014. […]

“Start your 14-day free trial and join over 2 million adventurers worldwide who have already begun their journey throughout Eorzea. Play for free up to level twenty and experience all the epic quests, battles, and classic FINAL FANTASY elements you know and love, like Moogles and Chocobos! HOW […]

Square Enix has release a new amazing piece of Final Fantasy XIV: A Realm Reborn. The artwork is named as “Frontline” which also is known as a new PvP challenge which engages three teams of adventurers, each team representing one of the three Grand Companies, trying to do battle […]