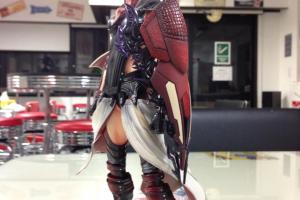 Square Enix has shared a new picture of Lightning’s third play-arts figurine. This time it’s in full colors! They have told that this play arts figurine has been a bit challenging to develop but now it seems like they have solved and found a way to produce them. […]

Square Enix has shared a brand new picture of  upcoming Lightning play arts figure where she is wearing her Savior outfit . According to Hidemi Matsuzuka the figure is still in prototype stage and has been quite difficult to develop. However the new figure is looking awesome and […]

The Art Director of Final Fantasy XIII series, Isamu Kamikokuryou, was married this week and he decided to have an auction. There he showed and sold a never-before-seen Lightning concept artwork for 15000 yen! (160$/150€)  In this artwork you can see Lightning’s look from the first game which […] 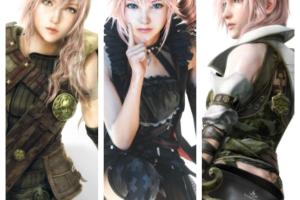 Japanese magazine Famitsu has got some new exclusive screenshots from Lightning Returns showing a night version of Luxerion, Lumina, Lightning and battle scenes.

Yesterday Lumina and wear system were introduced to us on V-Jump magazine and today Sqaure Enix also released HQ versions of these new screenshots adding new ones, HD renders of Lumina and new Lightning costumes and also a brand new trailer!

Now we have got first scans from the latest issue of V-Jump which provided some new information about new character Lumina and Wear System earlier today for us. Scan is also showing new renders for Lightning’s costumes and Lumina. What are your thoughts about Lumina?