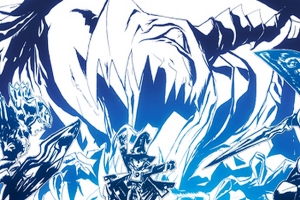 Dengeki has made a short interview with Tsuyoshi Sekito, who is the main composer of the upcoming 3DS action RPG game, Final Fantasy Explorer. You may also know his work from the games such as The Last Remnant, Final Fantasy (composing & arrangement in multiple title) and SaGa. […]

Romancing SaGa 3 Original Soundtrack ~Remaster~ has been revealed by @SQEX_eSTORE. It contains 4CDs of remastered and newly recorded music from the game, which was previously released on SNES. The pre-orders are now open for Japanese fans and the soundtrack will be released on 20th August, 2014. The […]

This week, Square Enix revealed they are bringing Final Fantasy Type-0 and Final Fantasy Agito to the West. The new HD version of the game will be released for PlayStation 4 and Xbox One. This will be the very first time when the Western fans get to experience […]

Square Enix has made quite a cool update for the official Drakengard 3 website: they revealed  the official trackslist of the soundtrack and uploaded samples of all songs! To listen to the samples, enter in the official website -> media -> music. The site has other cool information and […]

Last year, Square Enix revealed a new sequel for “Gunslinger Stratos″, which was released this Spring. There has been lots of buzz going on around the game, mainly because of this epic Gunslinger Stratos 2 CGI trailer. However, today we’re taking a closer look at the music promotion video […]