Steal What You Want: A Playthrough of the First Mission of THIEF

Enjoy this pure, unedited, uncommented playthrough of the first mission of THIEF. After a heist gone wrong, Garrett is trying to make his way back to his hideout in the clocktower. Along the way, he happens upon a jewelry store. Garrett being who he is, you can imagine […] 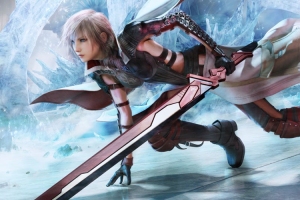 Yuji Abe was interviewed by Famitsu at Gamescom and he revealed new big changes to the basic systems of Lightning Returns. We have earlier reported that they have expected players to complete the game in +20 hours but due to these new changes it will likely take 50 […]

“THE STREETS OF HOPE premiered at E3 in June 2012 and showcases a deeper look into the vast universe of Hitman: Absolution. The demo features voice commentary by game director Tore Blystad and Travis Barbour from the community team at IO Interactive. Agent 47 needs to kidnap Lenny […]