Just like its predecessor, Kingdom Hearts 2.5 HD ReMIX gets a new illustration done by Tetsuya Nomura for its cover art.

With the game coming out in Japan on October 2nd 2014, Square Enix offers special Japanese packages: 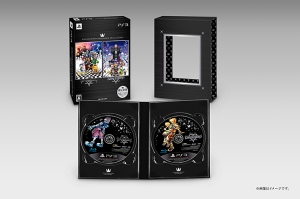 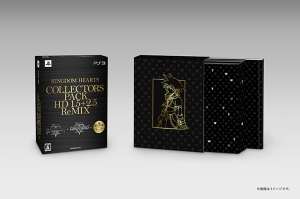 A new KHII Sora Play Arts Kai can be purchased along with the different package choices. 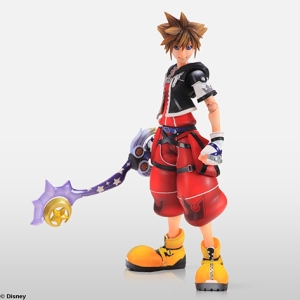 You can view more about the packages and their prices over the official Japanese website.

Kingdom Hearts 2.5 HD ReMIX is due for release for the PlayStation 3 on October 2nd in Japan, December 2nd in North America and December 5th in European and PAL regions.