Gunslinger Stratos 2 Gets A New Stage – The City of Chiba 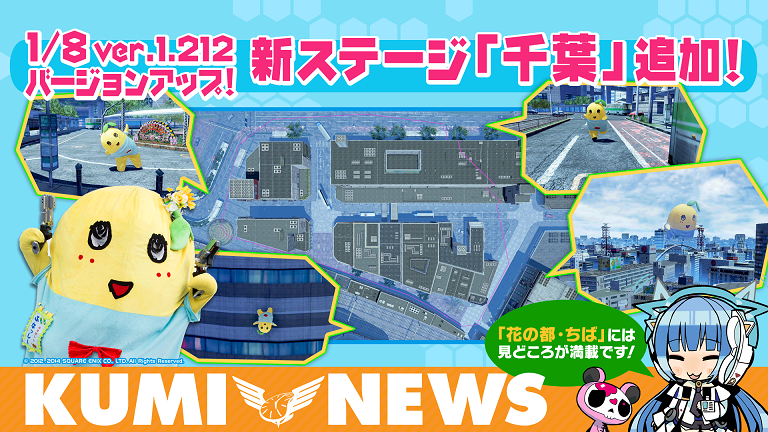 Square Enix has updated the Gunslinger Stratos 2 arcade shooter with a new stage. This time the stage is located in the city of Chiba, which is is a prefecture of Japan located in the Kantō region and the Greater Tokyo Area. Tokyo Game Show also happens in this area.

The Gunslinger Stratos world is set in 2115, a time when Japan has been split into two parallel worlds known as Frontier S and the 17th Far East Imperial City Management District. These two universes don’t get along well, but suddenly they start to fuse into one, which initiates the Operation Stratos – a huge operation wherein a group of warriors is sent to the past to eliminate a group of enemies who look exactly like them – after all it’s just you in the parallel universe. When the enemy is eliminated, their world will be destroyed and erased from history. Would you be ready to do this?

Gunslinger Stratos Reloaded (PC) is scheduled for release in 2015 in Japan.