Square Enix has premiered a trailer for Alice Order at Tokyo Game Show 2015, featuring new characters and gameplay clips.  The psychic commandos of Alice are ready to go to war! Alice Order is a battle simulation RPG is set in a post-apocalyptic Japan in the not-so-distant future, […] 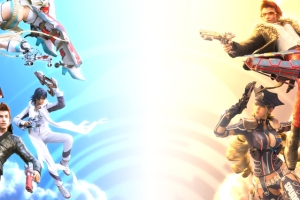 Gunslinger Stratos 2 Gets A New Stage – The City of Chiba

Square Enix has updated the Gunslinger Stratos 2 arcade shooter with a new stage. This time the stage is located in the city of Chiba, which is is a prefecture of Japan located in the Kantō region and the Greater Tokyo Area. Tokyo Game Show also happens in this […]