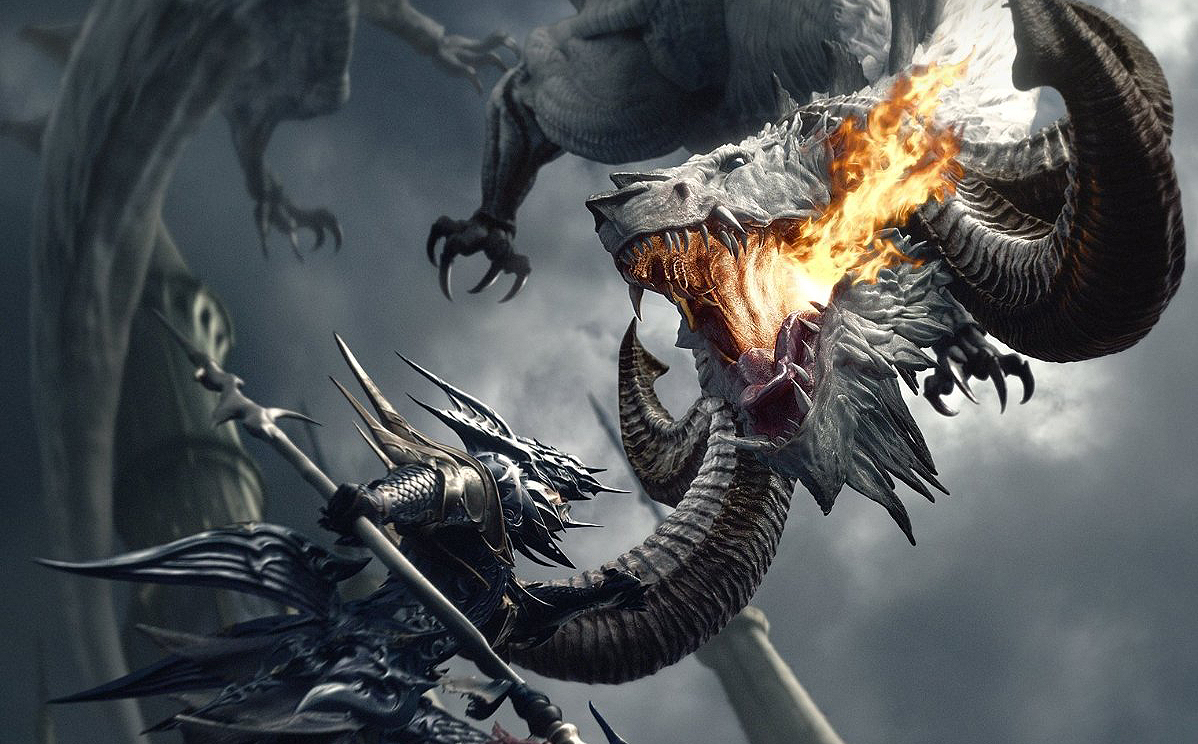 Final Fantasy XIV: A Realm Reborn’s upcoming expansion pack – Heavensward – will debut on June 23rd, 2015 – with early access starting four days earlier on June 19th. At the same time, Square Enix will be launching the long-awaited Mac version of the game. Heavensward is described as a standalone RPG experience and it will introduce new zones, flying mounts such as chocobos, single-rider airships and dragons, three new jobs, hardcore raids and more.

The expansion introduces the players with new jobs: Dark Knight (tank) that utilizes magic points and the power of darkness, Astrologian (healer) who switches between stances and wields a starglobe weapon and divine cards, and Machinist (DPS) that uses guns with attachments and turrets, which are able to give buffs for others players, thus, making this a support job as well. If you aren’t particularly excited about these new jobs and prefer sticking with your main role, the expansion pack won’t leave you cold as it gives a breath of fresh air to existing classes. As the level cap increases from 50 to 60, all jobs will be getting new abilities and own signature level 3 limit breaks. That’s right! The level 3 limit break is no longer shared! You can already get an early glimpse of Dragoon’s new limit break in the latest railer below.

Heavensward’s story revolves around The Dragonsong War which is a thousand-year conflict between two nations: Ishgard and Dravania. At launch, there will be available up to eight new dungeons and other gameplay content such as high-level levequest, fates, primals, different types of enemies, new elite marks and two Primal fights: Ravana and Bismarck, both having normal and hard modes. Two weeks after the official launch, Alexander raid opens.  A month later, hard mode of the new raid will be unlocked as well and the players will be introduced with new gear as “Allagan Tomestones of Esoterics” (weekly limit) come available. Before this the players are able to gather “Allagan Tomestones of Law” without limit to purchase new gear, which will be useful in the upcoming battles. Overall, the developers are promising more than 50 hours of gameplay and additional content to be introduced with future patches, as previously.

New areas are said to be 50-100% larger than existing ones and there will be nine of them in total, including Ishgard, Dravanian Hinterlands, The Churning Mists, The Sea of Clouds, Coerthas Western Highlands, Dravanian Forelands, Floating Continent and Chocobo Forest. Flying mounts will be making their debut in Heavensward expansion pack, but using them in 2.0 areas won’t be possible. Unlocking flight happens by attuning the area and after that landing and take off are unrestricted as the player has full control on x, y and z axes.

Free Companies will be able to craft their own houses and airships in “Free Company Workshop”. Crafting and Gathering jobs are also getting specialist tiers and special areas that let them discover new items and materials. Favor System (60lv) allows Gatherers to uncover hidden gathering points by using divine favors that only remain active for a limited time. By trading scrips, the player can obtain more favors. There will be Regional Folklore quests for gatherers as well. Crafters can become a specialist in up to three classes in new Specialist System. Using scrips will change your specialization and unlock new abilities. Crafters will also have new recipes and Materia V is in final stages of planning.

Final Fantasy XIV: Heavensward is schedule for release on June 23, 2015. It will be available for PC, Mac, PlayStation 4 and PlayStation 3.