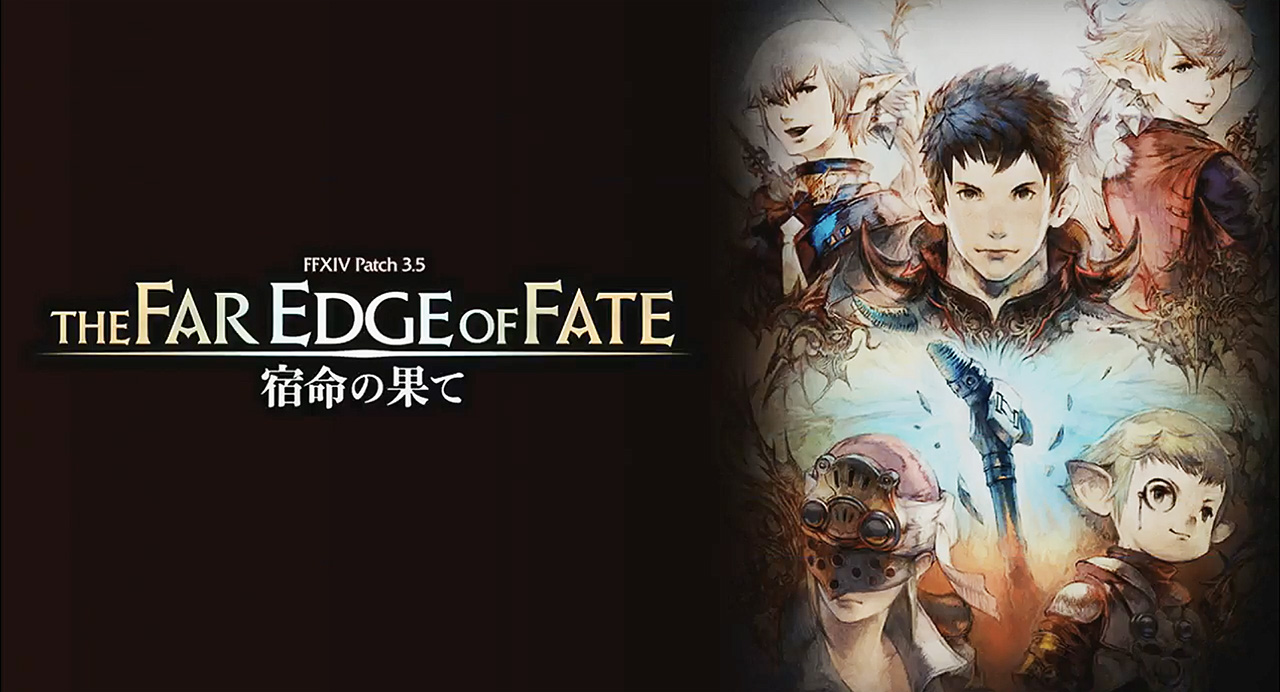 FINAL FANTASY XIV Letter from the Producer LIVE Part XXXIII has aired today, revealing the upcoming patch 3.5, titled as The Far Edge of Fate. The patch 3.5 Part 1 will be coming in mid-January and Part 2 in March. They will be developing the story towards Final Fantasy XIV: Stormblood expansion which is releasing in Early Summer 2017 for PC and PlayStation 4.

Zhloe Aliapoh: Players can gain access to new content by raising the satisfaction level of specific NPCs. This is achieved by gathering / crafting items the NPCs request. 3.5 and 3.55 will focus on Zhloe Aliapoh, with other NPCs scheduled to be added in the future. This content will also have glamour elements added to it.

Cross World Party Finder: Now you will be able to recruit players from other worlds on the same data center. Players will also be able to view others, limit their recruitment to one world and chat with each other regardless their world in the data center. Cross World Party Finder is only available for content that uses Duty or Raid Finder. Due to increasing amount of recruiting parties, a party finder filter will be added.

Grand Company Requirements No Longer Needed for Frontlines: Players will have the option of being matched without Grand Company requirements in Frontlines. At the same time, you can still choose to be part of Adders, Flames or Maelstrom if you want to!

Dueling: Gear level can be now item synced to 150ilv or host’s item level. Abilities will also restart from now on.

Feast: New maps will be added, including a preview map located in Gridania. Chat will be disabled during battles, but the team is adding targeting commands and new auto-translate options. These commands will be implemented as PvP actions and can be added to hotbars.

Chocobo Companion: Duty Finder can be used while your chocobo companion is present. Starting at 3.5, it will be appearing in the party list in the same way as summoner’s pets. This means that a full party can now contain eight players and eight chocobos, making it easier to handle those fate and relic grinding or hunting farm parties in Party Finder! Players have to target other players’ chocobos to see their HP.

Summoner Egi Glamours: The outwards appearance of Garuda, Titan and Ifrit-egi can now be altered by completing the relevant quest that unlocks this feature. Egi’s appearance can be changed by using text commands and others will see the new look as well. Starting at 3.5, players can change their egi into red Carbuncle. More glamours will be added in later patches.

You can now preview item colors on the equipment screen.

FINAL FANTASY XIV: THE FAR EDGE OF FATE PART 1 WILL BE OUT IN MID-JANUARY AND PART 2 IN MARCH.