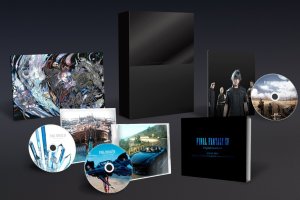 Square Enix has shared samples from the original soundtrack of Final Fantasy XV, including Stand Your Ground, Relax and Reflect, Valse di Fantastica, Blues de Chocobo and Veiled in Black – familiar tunes you might have already heard in the previously released gameplay videos or during the demos. For all hardcore Final Fantasy […] 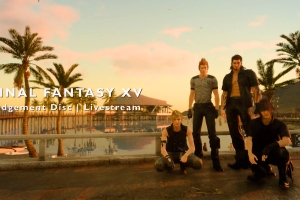 It’s time to show the latest footage from Final Fantasy XV! Tune in our Twitch channel to see how the new playable demo looks as we showcase the story, side quests, gameplay and exploration! This stream will be footage from the original PlayStation 4 version and it will […]

Square Enix has published  a brand new playable demo for Final Fantasy XV in Japan. Titled as “Judgement Disc”, the demo takes the player to explore the world of Eos during the first chapter of the game. It features original PlayStation 4 and Pro modes. The download size […]

Here’s a brand new Final Fantasy XV trailer from the demo that Square Enix published in Japan today. Titled as “Judgement Disc”, the demo takes the player to explore the world of Eos during the first chapter of the game. It features original PlayStation 4 and Pro modes. […] 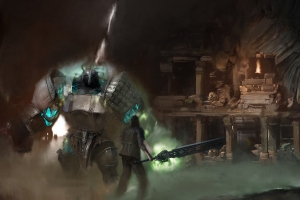 Square Enix has annoucned that Final Fantasy XV has gone gold and the game is now printing for the release worldwide on November 29, 2016. Now the development moves towards creating the Season Pass (£19.99 / €24.99) and downloadable content that will provide further content and ways to enjoy […]

You are not ready for this! Celebrating the upcoming release of Final Fantasy XV and their presence at Paris Games Week 2016, Square Enix has released a brand new trailer for the game, titled as “Omen“. Accompanied with the announcement, a new CGI screenshot teased what’s coming: you can see […]