The Announcement of Final Fantasy XIII-3 Is Happening Soon?

According to the Famitsu interview when they asked “Will there be any FFXII related content at the FF25th anniversary event?” Motomu Toriyama replied:  “We may soon discover the meaning behind the secret ending of Lightning DLC…” In few interviews Kitase has commented that they want development cycles like […]

Theatrhythm: Final Fantasy Now Available in NA and on Friday in EU!

Theatrhythm: Final Fantasy is out for 3DS in North America and on Friday in Europe. The rhythm-based music game includes over 70 musical scores spanning 25 years of Final Fantasy franchise. There will also be available the first batch of add-on tracks. Each song costs $0.99. “Battle Theme […] 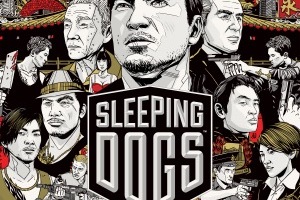 What is Sleeping Dogs? Sleeping Dogs is an open world crime drama video game which is developed by United Front Games in conjunction with Square Enix London Studios. The game will be published by Square Enix. Sleeping Dogs will be released on August 14, 2012 for PC, PlayStation […]

“Find yourself bored, frustrated and tired with the same old games? Well we’ve got a dimension for that! Quantum Conundrum is out today for PC and is set to rectify all your gaming woes. Puzzle-filled lab rooms filled with all manner of hazards (including frickin’ lasers beams!) will […]