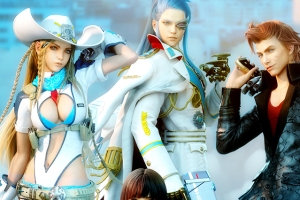 The Final Fantasy Type-0 HD event in Paris Games Show is starting shortly and we will be reporting about the new announcements as they are revealed for the public. To celebrate the event, we have decided to build a small gallery of our favorite songs from Final Fantasy […]