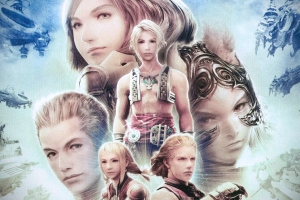 Voting: Would You Like to See A HD Remaster for Final Fantasy XII?

Today, March 16th, it comes over 8 years since Final Fantasy XII was first released in Japan in 2006. The developers of Square Enix have earlier stated that they would consider making Final Fantasy XII HD Remaster if there is demand from the fans. That’s why we are now […]

We created a wallpaper edit of the new Final Fantasy X artwork by Yusuke Naora. Let’s hope Square Enix releases a high quality version of the artwork soon! For now, you can enjoy this! Link to the wallpaper. If you made better edits, share them on the comment […]

Square Enix Japan has released a new Theatrhythm: Final Fantasy Curtain Call trailer and screenshots! The new trailer reveals that they are planning to release Romancing SaGa DLC for the Theatrhythm sequel as part of the 25th anniversary celebration for the SaGa series. For now, the two tracks […] 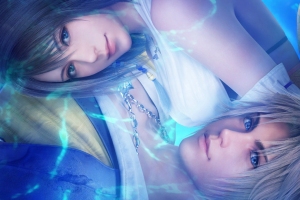 Final Fantasy XIV: A Realm Reborn – Through The Maelstrom Trailer

One of the most memorable opening sequences in gaming history, Final Fantasy X’s CGI opening has been beautifully enhanced for the upcoming Final Fantasy X/X-2 HD Remaster. Watch as the great city of Zanarkand is destroyed by the menace “Sin”, where everything begins for the blitzball superstar Tidus.  The Fall of […]

Patch 2.2 “Into The Maelstrom” Is Coming To Final Fantasy XIV: A Realm Reborn

The next major patch is coming soon in Final Fantasy XIV: A Realm Reborn and is slated for release on March 27th 2014! It will include major content such as new main story updates as well as characters like Gilgamesh, Hildebrand, Yugiri and primal lord Leviathan for the latest primal battle. Some shots of […]