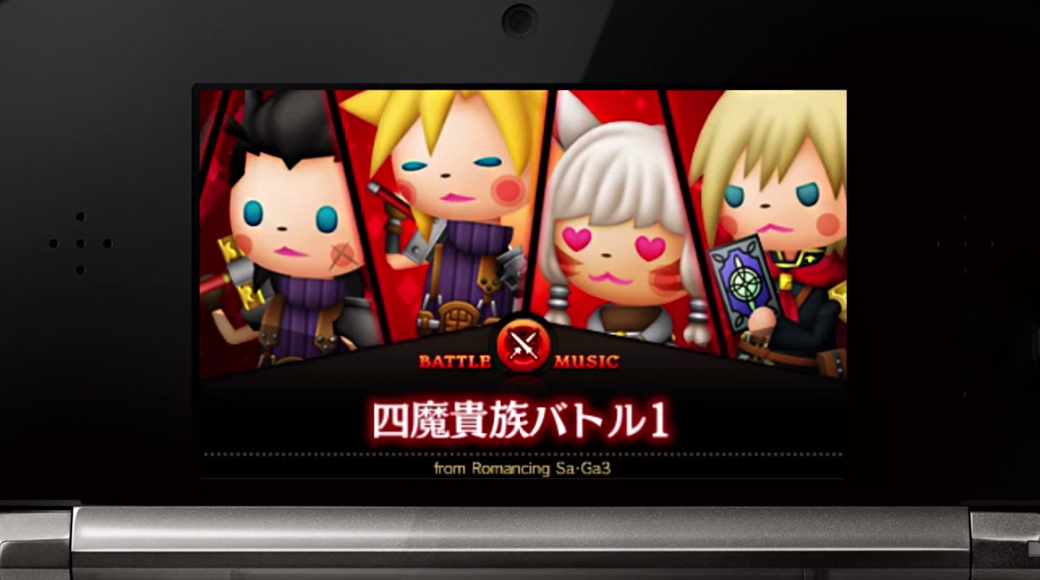 Square Enix Japan has released a new Theatrhythm: Final Fantasy Curtain Call trailer and screenshots! The new trailer reveals that they are planning to release Romancing SaGa DLC for the Theatrhythm sequel as part of the 25th anniversary celebration for the SaGa series. 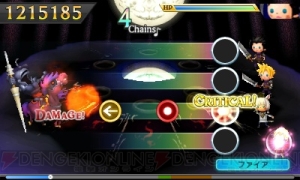 For now, the two tracks announced are  “Four Demon Nobles Battle 1” (Romancing SaGa 3) as battle music stage, and “Horrible Shadow” (Romancing SaGa 1) as field music stage. These songs are originally composed by Kenji Ito. No details about the price or release date was announced yet. However, they stated there will be even more SaGa music as DLC in the future as well.

Theatrhythm: Final Fantasy Curtain Call  will be out in Japan on 24th March but the western release date still remains unknown.