Square Enix has announced that Bravely Second will be releasing on April 23, 2015 in Japan. It’s a sequel for Bravely Default, which was both commercial and critical success despite it being a 3DS-exclusive title. They also revealed a collector’s pack, which contains Agnes figure, rubber strap, soundtrack […]

Since we’re providing you with the latest Square Enix news and reviews of other companies’ games, it’s also important to cover the consoles that allow us to play these amazing games. That is why we’re introducing to you the New Nintendo 3DS. It’s actually more than a redesign […]

Dive In Square Enix has revealed that the whole the Final Fantasy XIII saga, Murdered, Final Fantasy VII, Final Fantasy VIII and The Last Remnant will be arriving for the smart devices later this year and in 2015. The games won’t be ports, but they will be streamed […] 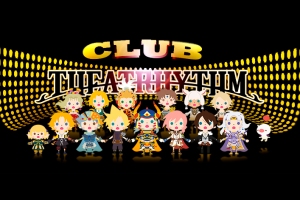 THE FIRST CLUB This is such an exciting week for the Final Fantasy fans, especially for the ones who admire the music of the series, because Theatrhythm: Final Fantasy Curtain Call will be out in North America and Europe this week. Alongside many new songs and updates, the […]

Square Enix has released a new preview of a song that will be playing during normal battles. Please, read more information about FINAL FANTASY EXPLORERS from here.