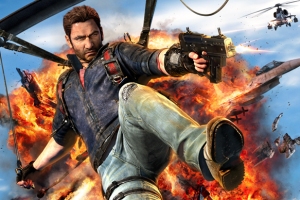 Just Cause 3 Gets Its Very First Gameplay Trailer

Square Enix and Avalanche Studios are debuting the gameplay reveal trailer for Just Cause 3 today! Press release describes the new trailer with following: “Captured straight from actual gameplay, the trailer shows Rico Rodriguez unleashing his unique brand of chaos and destruction across the Mediterranean island paradise of […]

Square Enix has revealed new “Ultimate Action Triple Pack” and “Ultimate Stealth Triple Pack” for PlayStation 3 and Xbox 360. Each of these packs contains three games, and they will be released on 31st October, 2014. The pricing of the game packs still remains unknown, but it will […]