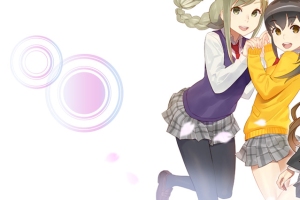 Last year, Square Enix revealed a new sequel for “Gunslinger Stratos″, which was released this Spring. There has been lots of buzz going on around the game, mainly because of this epic Gunslinger Stratos 2 CGI trailer. However, today we’re taking a closer look at the music promotion video […]

Do you wanna get featured on Cosmos? Check this out! It’s time to get ready to rave our fellow readers! The third Cosmos transmission is featuring amazing EDM music by talented Final Fantasy fans, Lance Lasheras and Justin Kim. They are Canadian producers who have formed a duo called […]

The official Japanese Lightning Returns: Final Fantasy XIII soundtrack plus website has been updated with new samples. Now every song,such as Serah’s theme, has received a preview! Listen to the new samples here! The original soundtrack plus contains 25 brand new songs and mix that didn’t made to […]

The time has come to launch our very first post from Cosmos! Today, TheSeraSounds is being featured on our creative community with her amazing cover of Lightning’s Theme ~Radiance~ from the original soundtrack of Lightning Returns: Final Fantasy XIII. We contacted her and  talked about working on this […]

Yesterday, we reported how a new Final Fantasy XV song will be featured on Memória – The Very Best of Yoko Shimomura album. Today, Shimomura herself tweeted: “This is one of the bonus tracks from “Memória”, and it’s from Final Fantasy XV! It won’t be the song that first appeared […]