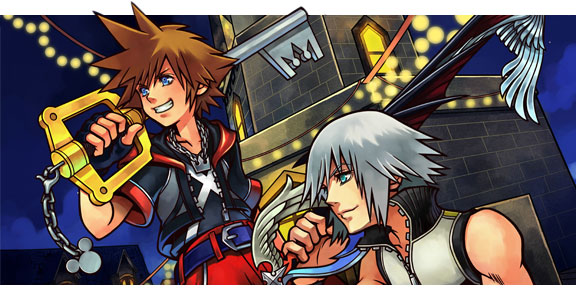 Ever since the reveal at E3 2013,  both Square Enix and Disney have remained quite silent when it comes to Kingdom Hearts III. After it, we have received only one gameplay trailer and a few statements on the development, but in reality, we barely know anything about the story and the new worlds the game is featuring. Since nothing has been confirmed by the developers, we collected five Disney movies/worlds which might make an appear in the upcoming Kingdom Hearts games.

When it comes the Kingdom Hearts series new worlds have always provided something unique for the gameplay and they play a big part of the story. Is there anything we haven’t experienced yet? There are so many classics and new releases coming from Disney that the possibilities are nearly unlimited. Here are a few ideas of which worlds should be featured and why:

Who has been able to avoid all the hype and love this movie is receiving on the internet?  Not to mention, this movie is one of the top crossing female produced movies of all time! If these aren’t enough to make Frozen to the new Kingdom Hearts game, I don’t know what would be. Actually, we haven’t had much of winter areas in the series before and that’s why Frozen’s  ice cold world would be a perfect addition. Who wouldn’t love to see a next-gen winter landscape?

This legendary movie saga is one of the most iconic productions ever done! It has a diverse world and it could provide some seriously cool space action for the players. Not to mention that lightsabers are quite similar to keyblades! Fierce heroes always need even more powerful villains and he Star Wars series has plenty of them to provide. Such as Darth Vader himself!

In the coming years, Disney will be pushing out new Star Wars sequels. Including them to the Kingdom Hearts series would be a good attempt to gain new fans for both series.

Toy Story is one of the most successful animation series in the world in terms of popularity as well as critically. So, why not bring some Toy Story goodness for Kingdom Hearts fans?  When entering different kinds of worlds, Sora and friends would change their form. Wouldn’t it be quite awesome to see Sora and friends turning into toys (perhaps Play Arts figures!) when starting their adventure to meet Woody and Buzz?

Since the almighty Zurg is quite a similar character to Darth Vader, why not make them villain partners! That would create a funny twist to the story! What do you think?

The director of the Kingdom Hearts series has stated he would like to see Toy Story world appearing in the upcoming games. Let’s not forget that there were renders for Woody and Buzz in Kingdom Hearts II: Final Mix but they weren’t used. This could mean Toy Story is really on its way to Kingdom Hearts this time!

Vroom! Cars is one of the new Disney IPs that have gained great success. And what could it provide for the fans of Kingdom hearts? Since we already talked about transformation then perhaps Sora and friends would turn into cars in this world. That way the developers would have a chance to create new experiences and perhaps some funny driving mini games.

Monsters just received a sequel which helped the old movie saga gain new fans and remind old ones of its existence. Adding the characters as allies and enemies could bring more personality and variation to Kingdom Hearts. One nice idea would be playing with the doors. In the Monster movie each door opens up to new area, and using this method, the development team could make us frustrated or happy.

There are plenty of Disney movies that might appear in the upcoming Kingdom Hearts games. What do you think? Which Disney movies should appear? Why? Post your thoughts to the comments section?