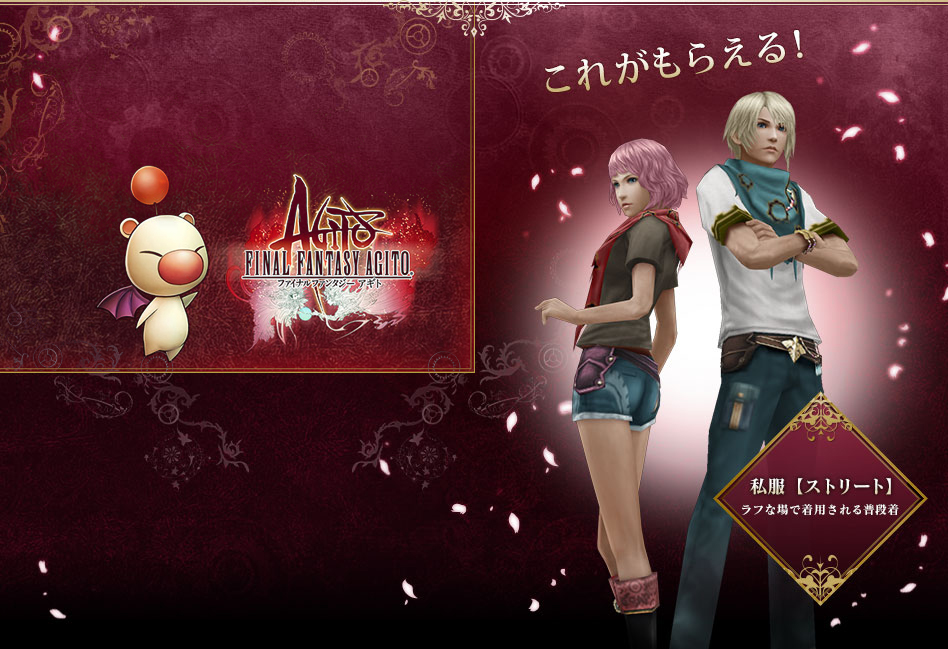 Final Fantasy Agito will be arriving for iOS and Android devices in Japan this May! Now, Square Enix has opened a special program for Square Enix Japan members to unlock bonus outfits for the upcoming game. The first pre-registration outfit is known as “the Street look” which can be obtained by logging in and registering here. Note: You need to possess a Japanese Square Enix member account in order to receive a code.

There’s only one download code available per person. The codes will be emailed nearer the release of the game. Choosing the platform will also affect to the delivery time: Android version is likely out later than iOS one.

Another outfit can be acquired by buying the last volume of Final Fantasy Type-0 manga which tells a story about Kurasame Susaya, who is the instructor of Class Zero. If you are not familiar with the setting of Type-0, Class Zero consist of fourteen cadets from the Magic Academy Peristylium Suzaku. All students are playable in the game. Starting April 22th, the manga book will be available on Square Enix Japan store and Amazon.jp.