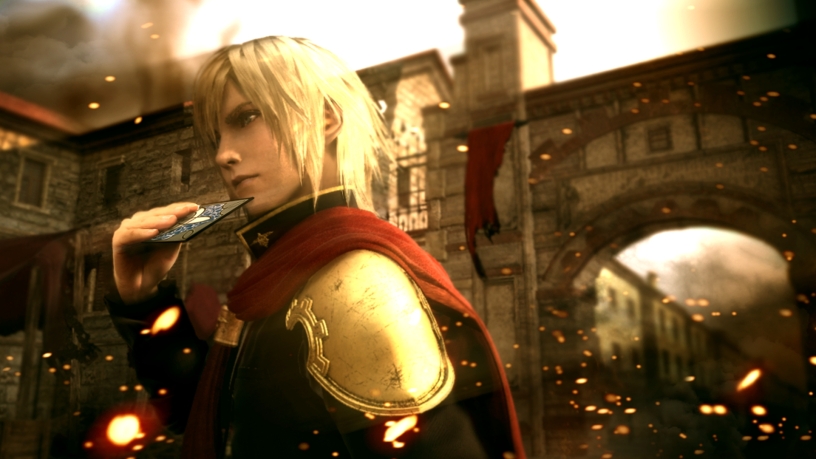 Square Enix continues dropping big surprises at Pax Prime 2014 like they did at E3 2014. The director Hajime Tabata has confirmed to IGN that Final Fantasy Type-0 HD is actually 80 percent completed! This might mean we are getting the game way before some of us dared to dream of! As Pax Prime 2014 starts this weekend and Tokyo Game Show within a few weeks, we are likely receiving new trailers and details on the game very soon!

IGN actually got a chance to see a 20-minute long demo of the game and according to Marty Sliva the game is running very smoothly on the new hardware and looks visually great – but doesn’t reach the visuals of Final Fantasy XV. That’s quite understandable since the game was originally a PSP release. He also described the battle system looks insane and fast, a bit similar to Bayonetta or Devil May Cry games.

They also talked about the PS Vita version and Tabata explained he was more excited to finally bring the portable game for big screen, brand new hardware and wider audience, and that’s why we are not getting the game for it. It would have likely slowed down the development time.

Final Fantasy Type-0 HD is being developed for Xbox One and PlayStation 4.