Final Fantasy XV & Type-0 HD team has done a special “Active Time Report” representation at Taipei Game Show 2015 earlier today. As director Hajime Tabata explained some key details about Final Fantasy XV, they also showed new footage from the icy train scene, previously seen in Jump Festa 2015 trailer. You can see Noctis suffering from blizzard and trying to lean against the train seats to keep standing up. After this comes a tech demo where the developers explore a new city as a cat. It’s worth-noting this city is still in the early development, which is why it’s still lacking main textures and such things.

The team also revealed a collaboration with Taiwanese game development company XPEC entertainment. This means XPEC will be assisting Square Enix with Final Fantasy XV development when it comes to asset creation etc. – Actually, the train scene and the city are almost entirely created by the Taiwanese studio. If you are familiar with the big budget game development, a practice where smaller studios assist game companies with their blockbuster games is common to happen. It saves manpower when there are studios specialized for certain things and their services can be easily used when needed, instead of hiring new people to just do one thing. Since the representation was help at Taipei Game Show 2015 in Taiwan, Final Fantasy XV team wanted to highlight this collaboration on purpose.

The third page of Active Time Report will be airing on 5th February at 20:00 JST through Square Enix Presents. This is where we will get this new footage in high quality and more new details about the game. 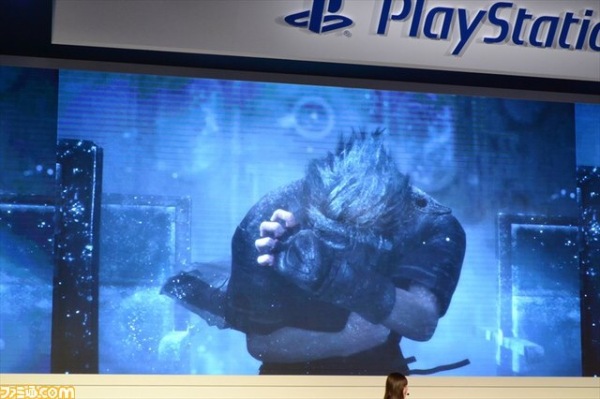