.
Square Enix has announced that World of Final Fantasy Meli-Melo will be releasing on December 12, 2017 in Japan. The latest entry in the series will be available on iOS and Android platforms. As of now, the game has reached over 500 000 pre-registration, unlocking 3500 crystals, a cat avatar accessory, white / black mage outfits and 4-star Shiva monster unit for the players. The developers have also released a a massive fankit consisting of nearly 30 avatars and four wallpapers for mobile.
.
Meli-Melo is being developed by Square Enix and Drecom Studio with producer Shinji Hashimoto and director Hiroki Chiba in lead. With a new mobile title, they are hoping to make the series more accessible for new fans. The soundtrack consist of tracks from the first game, composed by Masashi Hamauzu. There will be additional songs as well, including  “Innocent 3” that debuted in the announcement trailer.
. 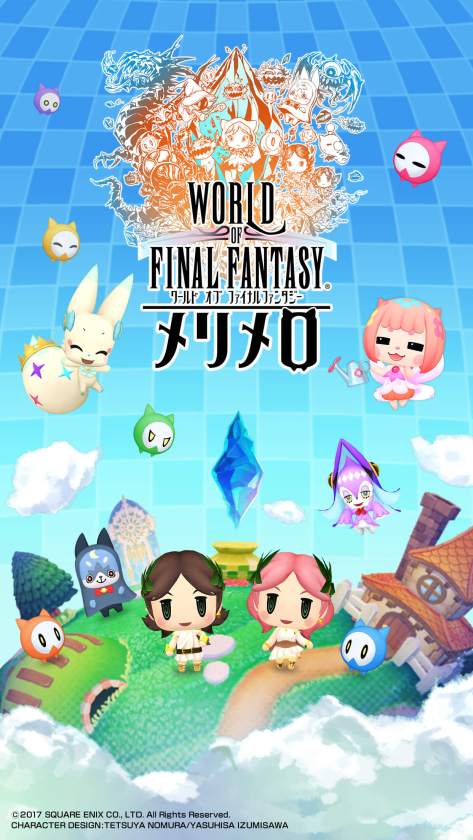 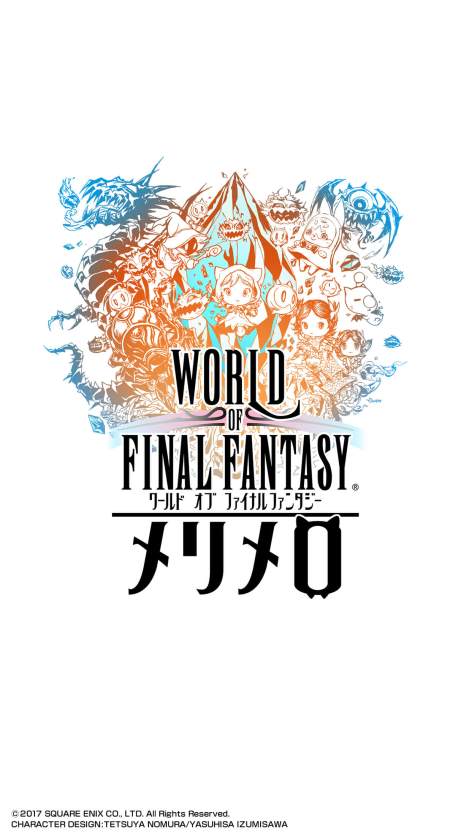 .
The game has new features; an online multiplayer that allows you to team-up with friends or strangers in challenging monster fights, character customisation and comic book styled cutscenes. Similarly to the first game, you will be able to capture and control monsters by stacking them. These units can be levelled up and upgraded to fit in your needs. Special units can be acquired through gacha mechanics that let’s the player to roll for higher star units, ranging from 1-5 stars. Champions will be returning as allies and you can summon heroes like Lightning to assist you in battles. Eidolons will be making appearance as well.
.
In Famitsu interview, the developers revealed interesting tidbits about the first game’s development: When the prototyping started for World of Final Fantasy, they originally planned it for mobile platforms. However, the team decided that it’s wiser to develop the console version first because they weren’t completely sure where to go with the direction. This has made the development of Meli-Melo much easier, allowing them to recycle assets and create new ones on faster phase. Square Enix estimates that World of Final Fantasy has sold over 800 000 copies worldwide. It has motivated them to bring another game for consoles as well.
.
A console sequel for World of Final Fantasy is being planned, however, schedule and platforms are still unknown. Square Enix has recently expressed their interest in bringing more titles for Nintendo Switch, making it a possible platform for the next World of Final Fantasy game. The first game will remain a “console exclusive” for PlayStation 4 and Vita.
.
World of Final Fantasy PC version is now available!