Star Ocean 5 will be released on 25th February 2016 for PlayStation 4 and PlayStation 3 in Japan.

During SCEJA Press Conference at Tokyo Midtown Hall, Square Enix showcased the latest trailer for World of Final Fantasy. The trailer follows the journey of siblings, Reynn and Lann, as they enter the world of Grymoire and encounter a multitude of familiar Final Fantasy characters and monsters. 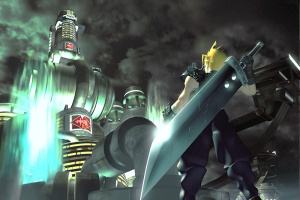 FINAL FANTASY VII is now available on the App Store for iOS devices with brand new features. The UI is optimized for mobile gaming and includes both virtual analogue or fixed four-way control pad. It’s possible to turn off the random encounters, which let’s the player to experience […]