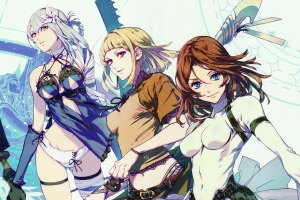 Drakengard / Nier Director Is Working On A New Project

Multiple developers have been discussing about their future plans in 107 developers interview by Dengeki, reveals Blog Esuteru. One of them was the Drakengard / Nier director Taro Yoko. In the interview, he teases a new project: “I can’t yet talk about my latest project because I would be […] 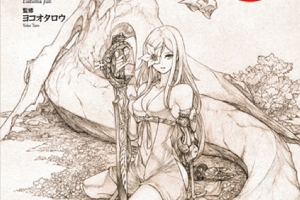 Drakengard 3 “Story Side” Novel Will Be Released in August [Japan]

A new Drakengard 3 novel will be hitting Japan next month. “Story Side” will be telling an additional story about an unseen branch. The story will follow Zero, Itoner sisters and Mikhail and reveal how, when and where they were born in the first place. The book has […]

Drakengard 3 is out now in North America. In Europe, the game will be available on the PS Store as the store updates later today. Here is a very interesting interview video of Taro Yoko, the creative director of Drakengard 3, talking about philosophies of violence and how […]

Drakengard 3 is out now in North America! To celebrate the launch, Square Enix NA has released a brand new trailer! Are you ready to start a twisted and brutal journey as Zero who is planning to kill all her sisters in order to gain their powers? Drakengard […]

As the release of Drakengard 3 comes nearer and nearer, new info is being released more and more. Today, we take a closer look at the dragon combat and intoner mode. DRAGON COMBAT Zero rides Mikhail during special dragon combat sequences to engage in thrilling physical battles. Mikhail […]

Square Enix has made quite a cool update for the official Drakengard 3 website: they revealed  the official trackslist of the soundtrack and uploaded samples of all songs! To listen to the samples, enter in the official website -> media -> music. The site has other cool information and […]

This Is Where It Gets Dirty | Drakengard 3 Gameplay Details: Combat & Weapons

Drakengard 3 uses a weapon change system, which allows you to change between various weapons during battle. Players can now seamlessly switch between weapons in the middle of an attack and continue on the offensive. Furthermore, weapons can be changed on the fly to meet the demands of […]