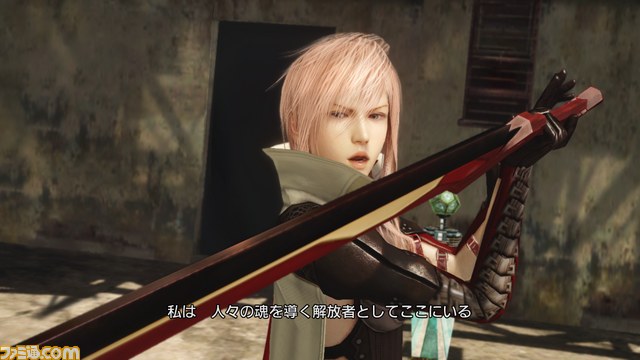 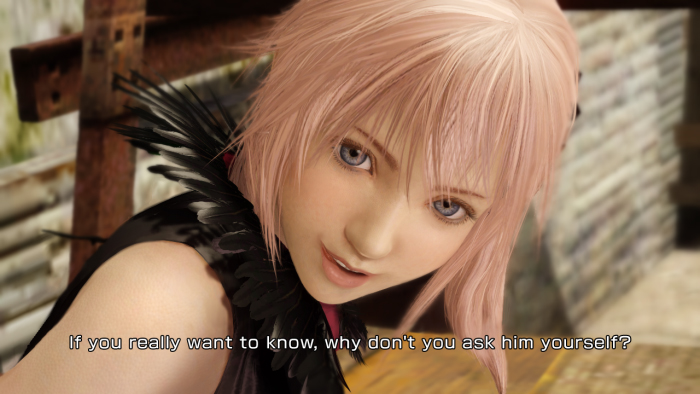 Fansite, Nova Crystallis, got a chance to interview the main developers of Lightning Returns, producer Yoshinori Kitase and director Motomu Toriyama at US Square Enix’s community day. In this interview they provided lots of interesting new information about the game and how it works. Here are the most interesting questions with answers. Full interview can be read on their site.

“Why create a time-based world?

The primary source of inspiration for the time element in LRFFXIII was the Doomsday Clock. Toriyama imagined a clock with five minutes left until the end of the world. “For example, let’s say there’s a country that’s developing nuclear weapons and threatening Earth. As they do so, one minute is depleted from that time, yet as other countries pass laws to protect the peace, then they would gain one minute.” By taking this inspiration, Toriyama says you’ll have to spend your time wisely. Much like this scenario, you’ll be able to add time back into the world of Nova Chrysalia by completing certain deeds.

On-field exploration in the expansive world of Nova Chrysalia

Aside from the tutorial, the game will be basically free to explore. The player will be able to travel to any of the four continents in the world either by monorail or simply walking to and from them. “Because the time of the world moves in its own 24 hour period, the player might miss some opportunities to explore certain elements,” says Toriyama. The game is set up so players can go back through multiple playthroughs and do things differently through each New Game+.

Having scrapped the previous name of Novus Partus, Toriyama introduced us to the newly named Nova Chrysalia. This new world is made up of four continents – three of which are known so far: Luxerion, Dead Dunes and the Wildlands. While the final area has yet to be shown or named, it’s been speculated that it’s Etro’s castle – the remnant of Valhalla that was transported to Pulse when Chaos spread into the world. The world itself seems decently large from what little was shown, although Toriyama says we’ll have to wait for more information on that front.

The story itself is of course focused on Lightning. Not only will she be tasked with freeing the darkness in people’s hearts, but one of the major elements will be her own internal struggles as she goes against her destiny in order to save Serah once again. “We wanted to depict her again in a slightly different light so that people can have another opportunity to get to know her better,” Toriyama explains. “You might be a little bit surprised to see her at the beginning of Lightning Returns because you’re going to find her even more distant and more closed than before, but throughout the story you’re going to find out more about her real emotions, and what goes through her mind. She will be getting more and more human and vulnerable, even as you play.”

As of now, much of the story remains under wraps. A short glimpse at what’s to come revealed the Oracle Drive – a key item from XIII-2 that holds premonitions of the future. In LRFFXIII it seems the device is somehow related to the origin of the crimes taking place in Luxerion. 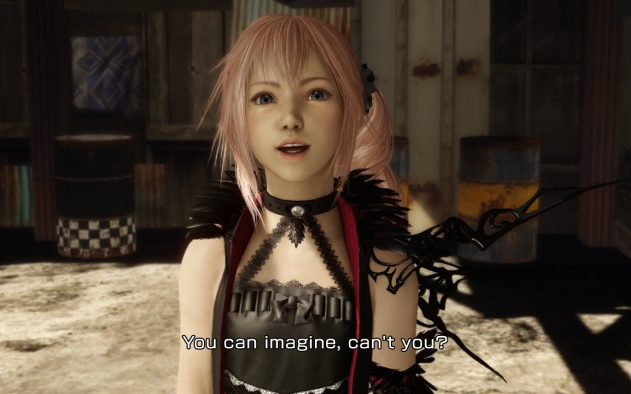 In terms of DLC released for FFXIII-2 Kitase says there has been a mixed reception. “One example is the costumes that provided an aesthetic change to Noel and Serah. Feedback suggested that perhaps in addition to a visual change, maybe costumes should have an effect in-game – things like stat boosts, or other battle advantages. This feedback has been taken and applied to Lightning Returns.” As seen in the gameplay demo, Lightning has an assortment of outfits she can change between and Styles that can be assigned that contain different abilities or bonuses.

Another popular piece of DLC feedback the team received was in regard to scenario content. With XIII-2, they had planned DLC from the very beginning – building it with that extra content in mind. To round out the story, Kitase believes it was effective that they had those additional episodes in place. “Following their release, players voiced concerns of confusion and frustration, saying that they didn’t really add anything to the main part of the story,” says Kitase. As a result, the story for Lightning Returns will conclude within the main part of the game already on disc.

As the sole player character, Lightning will have many challenges ahead of her.

The game’s battle system is still undergoing various treatments. In particular, the current user interface will probably see some changes by the time the game ships. As enemies can be found on the field again, battles are prefaced by an encounter system that allows Lightning to sneak up on them to perform preemptive strikes. Doing so correctly will introduce certain advantages which are quite advanced from FFXIII. For example, if Lightning can strike first, the enemy will lose 10% of their starting HP; if Lightning can strike an enemy from behind instead, they’ll lose 25% of their HP.

Once in battle, an active dodge and counter system is available. Each command equipped to Lightning can be accessed by the four face buttons on the controller, while full field movement is controlled by the left analog stick. Similar to most action games, by using the Guard ability Lightning can reduce any damage done to her.

What about the returning characters?

As the third game in the series, it’s only natural to wonder about the fate of the supporting cast. We already know that Snow and Hope are in, with the latter supporting Lightning from afar. FFXIII-2 lead Noel Kreiss will also reappear, though with strikingly different motivations.

Hunderds of years alone has stirred a darkness in him, one that grows due to the infection of Chaos. Now known as the Shadow Hunter, he hunts down wrongdoers in the city of Luxerion. With the souls of former comrades corrupted, Lightning has no choice but to battle to free them of their burdens.

The role of shops and other vendors

Shops have returned to the series in full force – in a variety that Toriyama claims is the most diverse in the franchise. Not only will Lightning be able to buy equipment parts, but also abilities, magic and other items. Because abilities are now purchased via store fronts, the Crystarium system has been scrapped. If necessary, she can also visit restaurants to buy food items that restore HP or other status effects.

Thank you, Nova Crystallis, for making this interview happen at community event arranged by Square Enix.