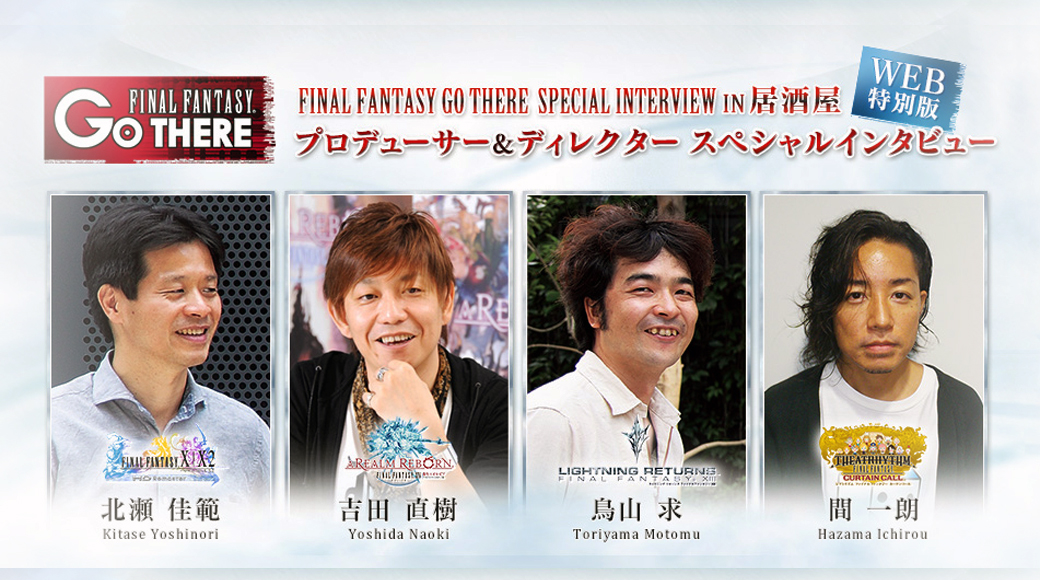 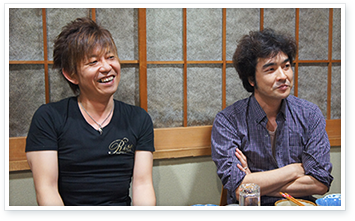 When talking about Lightning Returns, the interviewer asked about collaboration with Final Fantasy XIV and the reasoning behind it: “How did come up with idea of Lightning having a Miqo’te outfit in the first place and becoming the head of  “FF Go There” campaign?”

Kitase states: “When planning the launch of Lightning Returns with Toriyama, we wondered where and how we could promote Lightning. We came up with a plan called “Million Lightnings”. This way we also wanted to cheer up the new Eorzea.” (Final Fantay XIV relaunch) 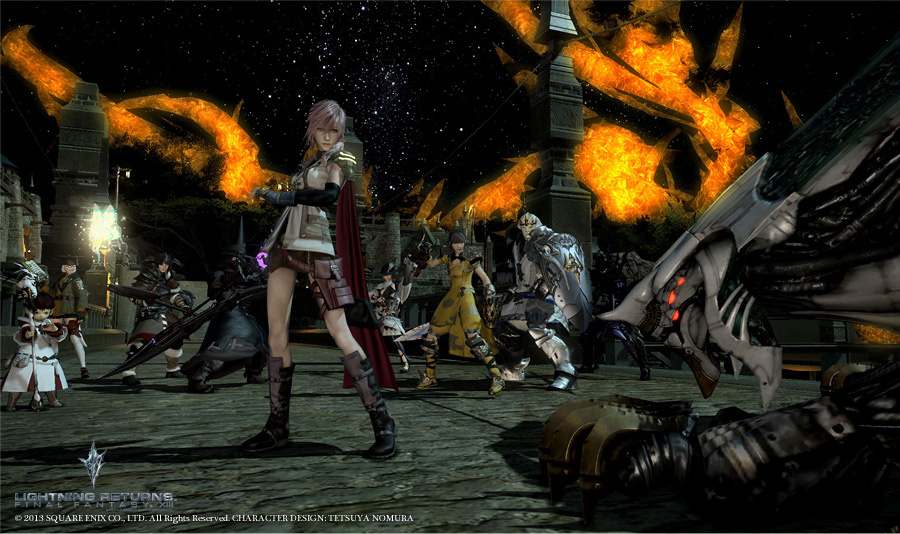 “Ah that explains the FATE events near the launch of LRFFXIII!”
-interviewer

“Yes, and that’s how Lightning ended up having a Miqo’te outfit, which turned out to be quite popular as well. However, some people thought that victory pose was perhaps too sexy.(laughs)
-Kitase

If you wear Miqo’te garb in Lightning Returns, animals such as cats will come around you. Programmers’ must have put effort on that.
-Interviewer

“There are conversations  between non-playable characters which players can hear while wearing the miqo’te garb. People may wonder is Lightning the legendary Miqo’te from Eorzea.”
– Kitase

Toriyama explains: “In the world of Lightning Returns, Eorzea is just a fairy tale for people, and you can hear them talking about it.”

In the end of Lightning Returns discussion, Kitase adds that both teams were excited about working together instead of being “rivals”. 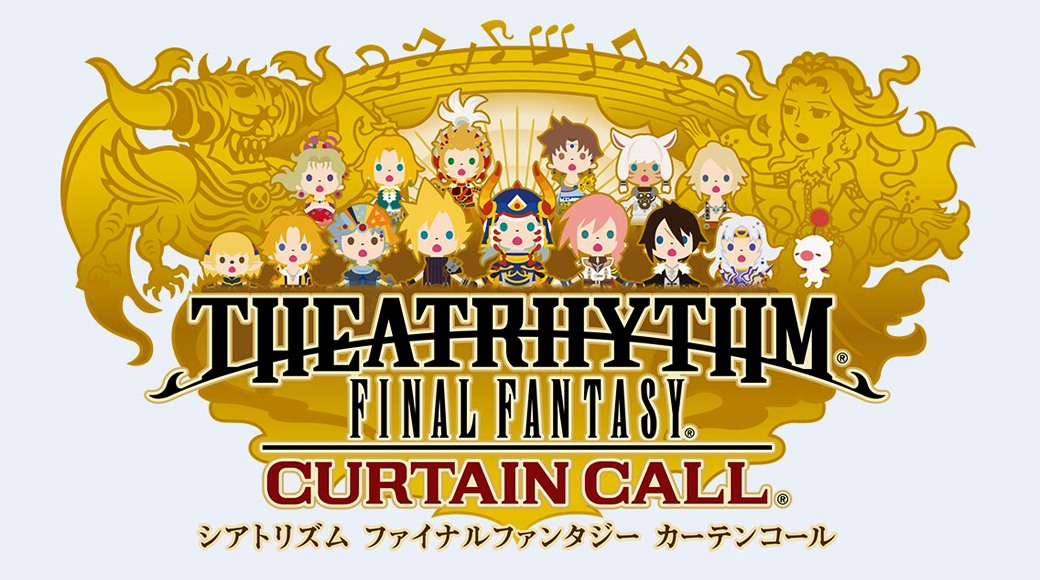 At first I thought it would be music from the old Final Fantasy XIV.
-Yoshida

“There will be 200 songs in Theatrhythm: FFCC?”

“Yes, we have doubled the capacity of the software since the game contains so many songs. I’m also eager to do downloadable content in the future to increase the amount of Final Fantasy XIV: A Realm Reborn music in the game.”
-Hazama Ichirou 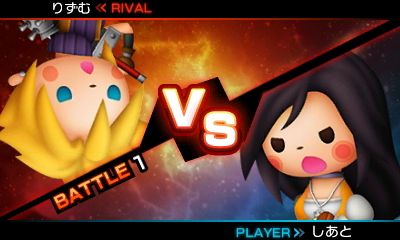 Interviewer jokingly asks Hazama Ichirou how did he lose to Kitase and Yoshida  on the battle mode of Theathythm at the Tokyo Games Show 2013.

“To be honest, I lost to Kitase because I got a bit careless but even thought I did some practice, I lost to Yoshida as well (laughs)”
-Hazama

“And I thought it was part of the presentation! (laughs)”
-Kitase 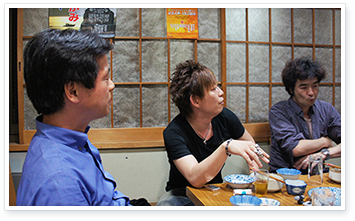 After this shocking revelation between developers, they talked about the controls of the game and does button controls take advance over traditional pen controls. Without getting a decision,  Kitase added he still prefers pen controls over buttons.

Hazama Ichirou has earlier stated that Theatrhythm: Final Fantasy Curtain Call might be the last game in the series, and he tells this again. When asked what is he  going to do next, Ichirou wondered if he could push the boundaries of Theatrhythm series anymore. He also hopes to develop something different in the future. 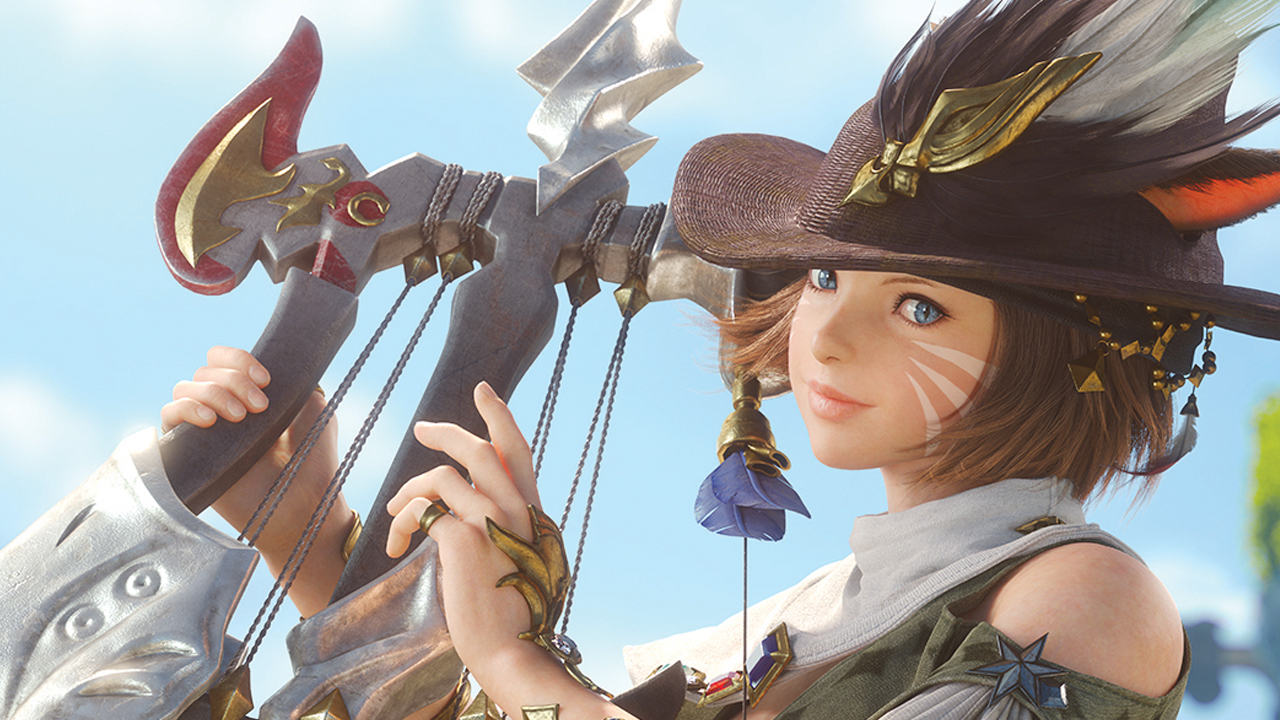 “There was a strong launch for Final Fantasy XIV: A Realm Reborn. Have you been playing it?”

“I haven’t had much time since I have been working on Lightning Returns but I did buy the downloadable version for PS3, and I’m playing it.”
-Toriyama

Kitase has been playing  the game as well. He adds that it’s even fun on solo play as well. In his opinion the introduction was well done in the game. Yoshida is pleased to hear this since they reworked the beginning of the game.

However, Toriyama thinks that there are quite many quests in the beginning of the game but it didn’t stop him playing since the tempo  of the game was great. When getting criticized by the amount of quests, Yoshida explains that players can go their adventures but the game will be a lot more difficult that way.  As a story-driven MMO, it’s essential to complete main quests to level up your characters. 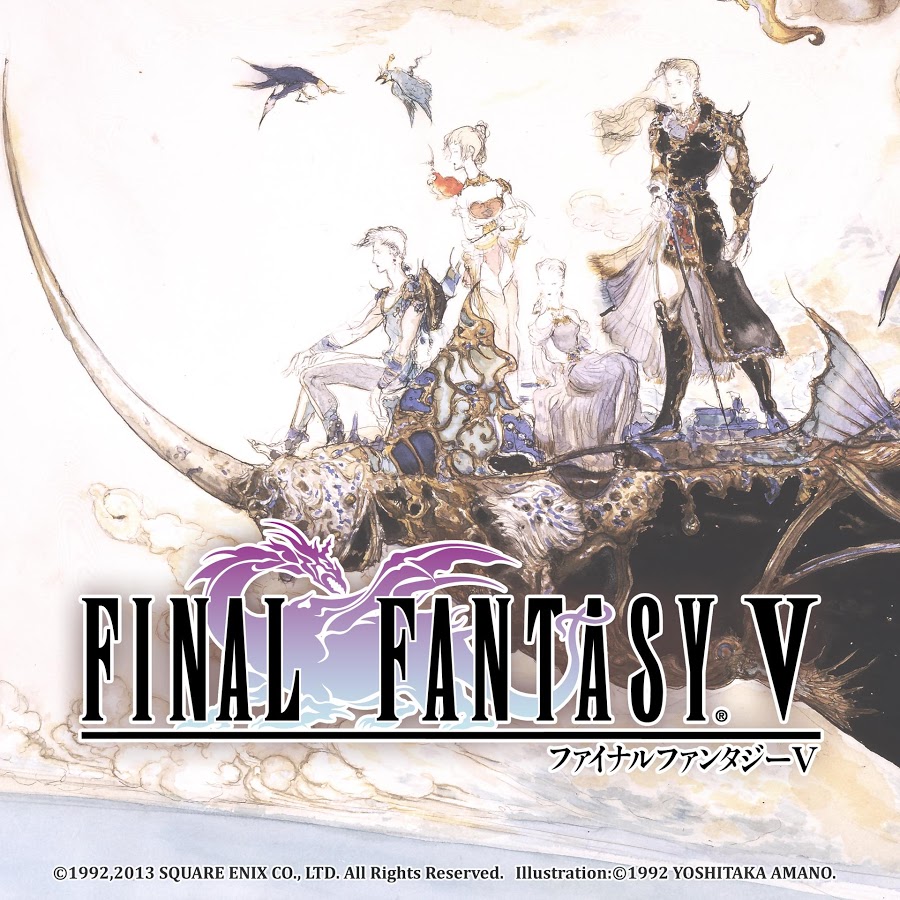 WHICH FINAL FANTASY HAS AFFECTED YOU THE MOST?

“I was most impressed by Final Fantasy VI”
-Hazama

“Final Fantasy V. I can’t forget playing two and half hours in the last dungeon when I was trying to save the game after opening  a treasure chest and a god dragon attacked me. I wanted to pull off the cartridge by force from rage. (laughs)”
-Yoshida 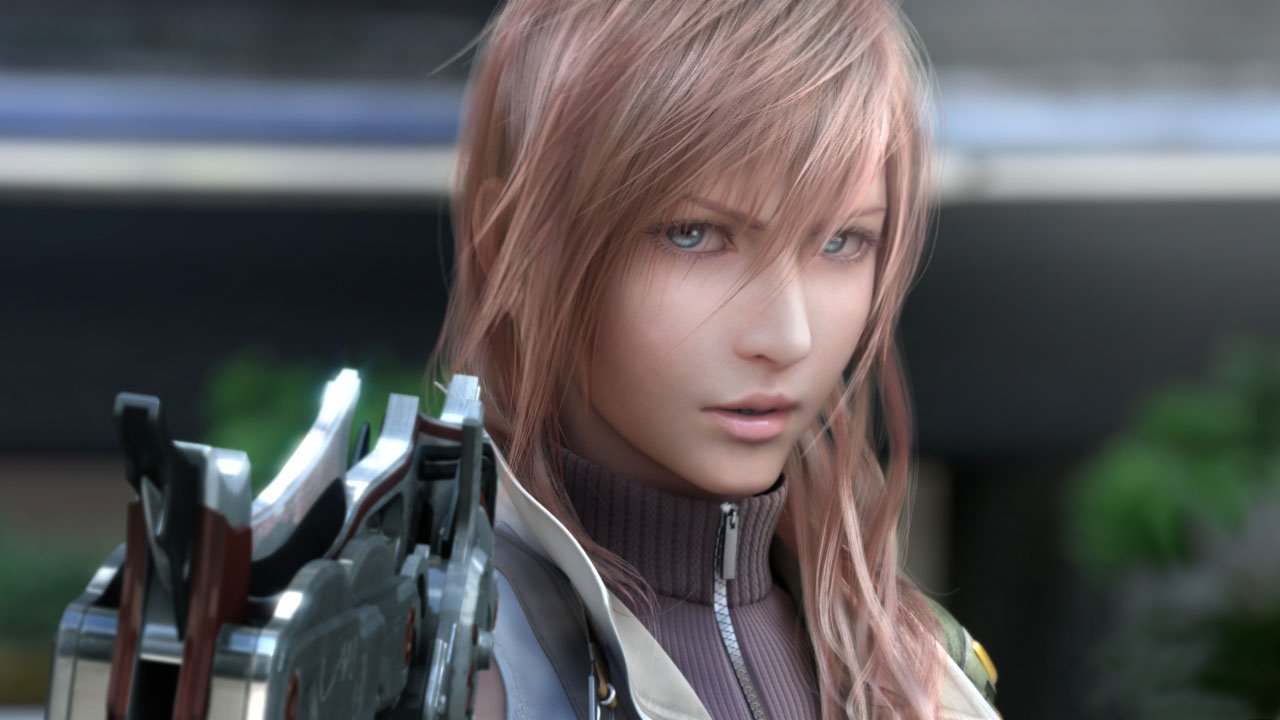 As they continued speaking about the difficult of older Final Fantasies, the interviewer asked what was Toriyama’s first Final Fantasy game.

“Well I did play Final Fantasy IV before joining to Square but… to tell the truth I wasn’t so much into Final Fantasy. (laughs)”
-Toriyama

“I’m in the middle of Final Fantasy XIII-2 but (Final Fantasy) MMORPGs have taken most of my time.”
-Yoshida 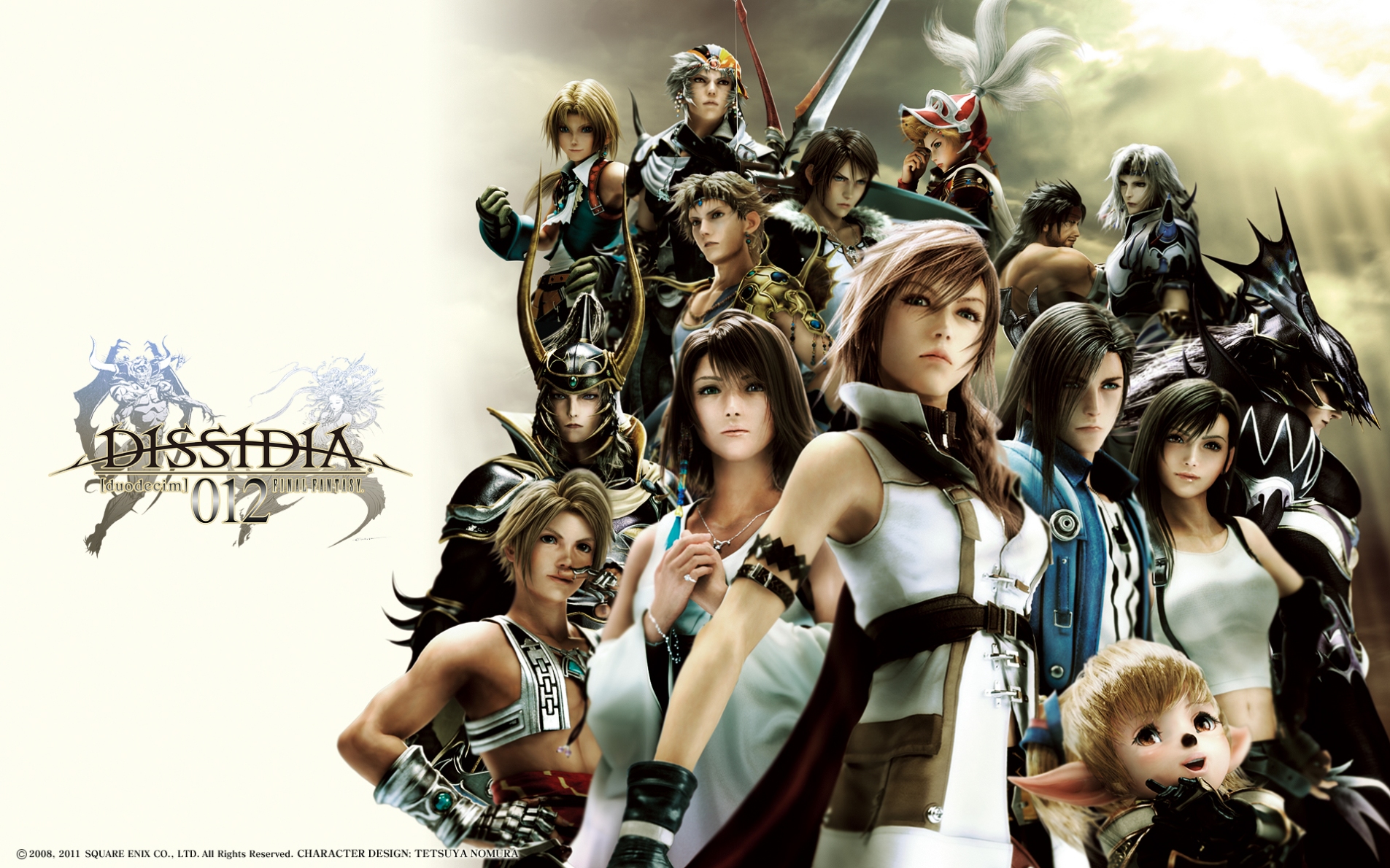 THE FUTURE OF FINAL FANTASY DISCUSSION

Surprisingly when talking about the future of Final Fantasy, the interviewer made a question about the possibility of a new Dissidia game. (Is there something happening behind the scenes since the end of 2014 is pretty empty for Square Enix… Dissidia sequel? HD remaster?)

“Are there any new updates on Dissidia series?”

“There are people who haven’t played (many) numbered Final Fantasy  games and got to know with the characters by playing Dissidia. In other hand, Theatrhythm introduces them the music from the previous entries of Final Fantasy series.”
-Kitase

“I sometimes ask from people “What’s your favorite Final Fantasy?”, and without any experience of mainline Final Fantasy games they answer “Dissidia”. It’s surprsingly popular.”
-Hazama

Yoshida states that the same has happened to him with Dragon Quest games when children have not been familiar with the earlier entries of the series. This allows them to create a diverse community with different kinds of people from age to age. Dissidia series also brings these people together. Kitase adds that Dissidia and Theatrhythm are good games for new fans to get into the series but also very suitable for others as well. 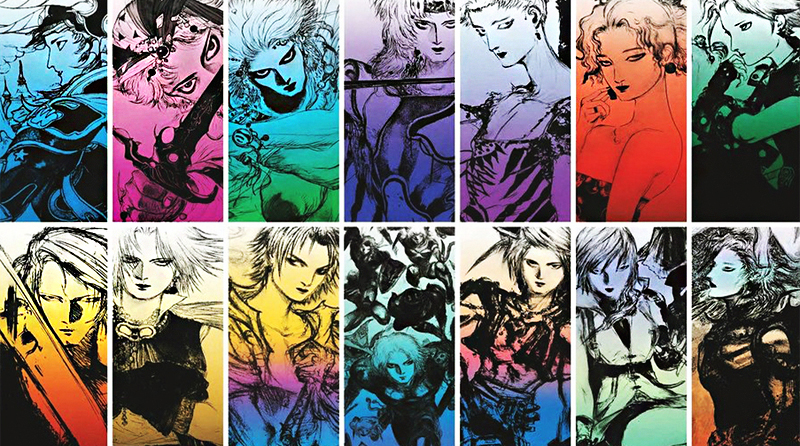 FINAL FANTASY 30th ANNIVERSARY IN FOUR YEARS. WHAT HAPPENS NEXT?

“The Sky is the limit!” (laughs)
-Hazama

“Will there be some sort of collaboration?  Perhaps on Final Fantasy XIV: (A Realm Reborn)?”

“I wonder how long Final Fantasy XIV will be running… I don’t know at all! (laughs)”
-Yoshida

“At the time you (Yoshida) told  us that Final Fantasy XIV would be running at least ten years!”

“Final Fantasy XIV will be going 10 years, of course, but I wonder how long I can stay active!” (laughs)
-Yoshida

“Would you like to make a stand-alone Final Fantasy game instead of online next?”

I might if there’s a desire from the company or players, but without knowing that I would like to!
-Yoshida 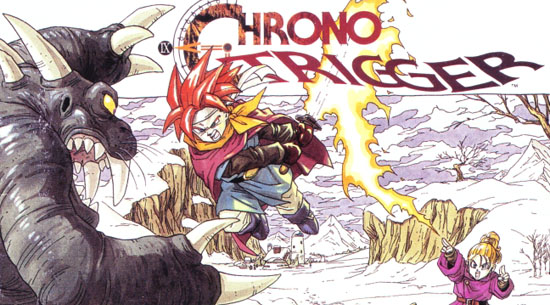 “It has been a hot topic recently that a sequel for Chrono Trigger is not happening. Why not? There is also 20th anniversary coming!”

When asked about possible Chrono Trigger sequel, Kitase states that it’s quite a big hurdle. Toriyama adds that they would need to contact Horii (DQ producer) and Sakaguchi (ex-CEO) if they wanted to make it.  To sum up, Yoshida says that it seems quite unlikely at the moment.