Our predictions seemed to be right with Sleeping Dogs: Definitive Edition.

Amazon.com has listed Sleeping Dogs: Definitive Edition for PS4 and Xbox One. The definitive edition is rebuilt specifically for next generation consoles including all the previously released DLCs valued at $85.  According to Amazon, the game will be out on 14th October. 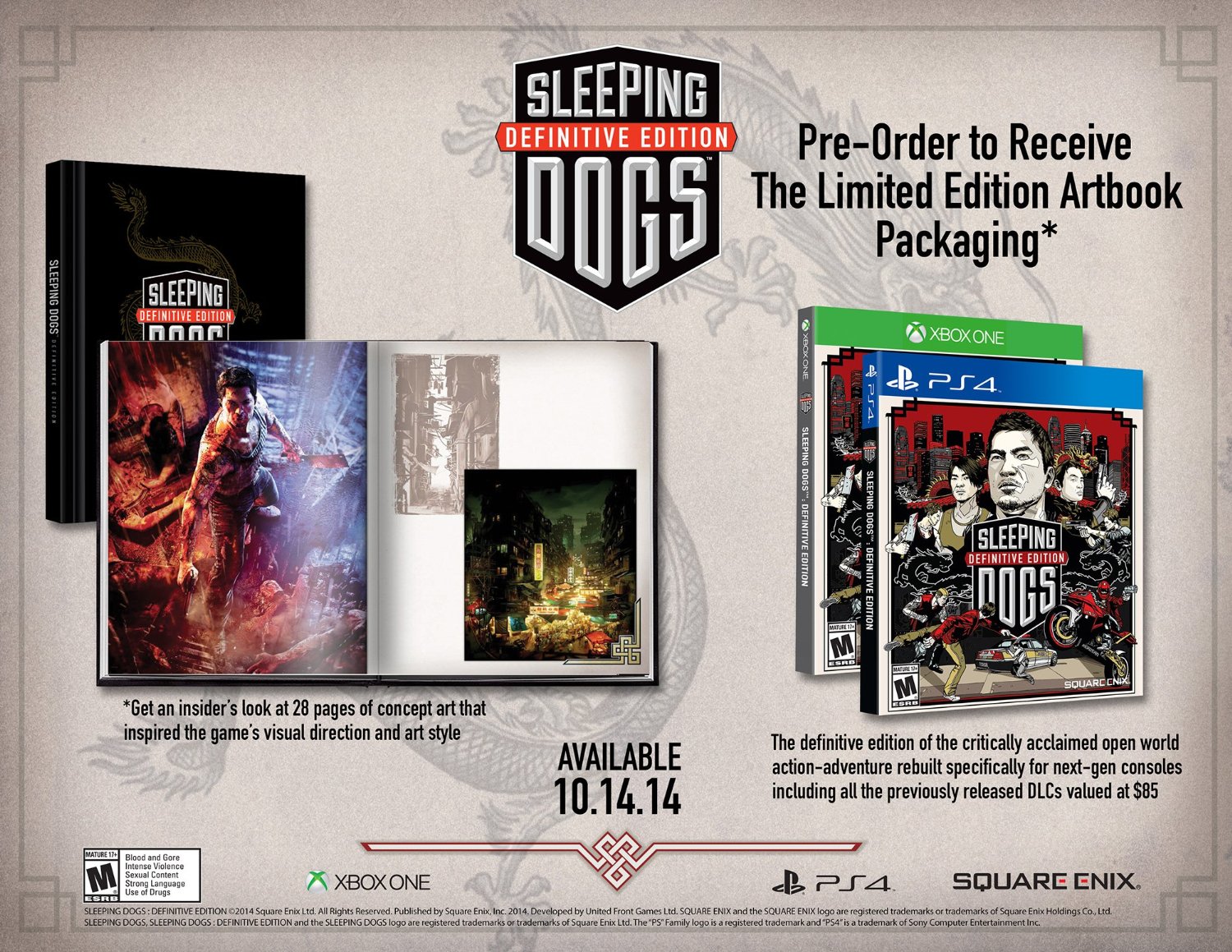 Th limited edition has an exclusive artbook, which contains 28 pages of concept art that inspired the game’s visual direction and art style. It also has a special packing – perhaps a bit similar to Tomb Raider’s definitive edition. The special edition will be available for those who pre-order the game.