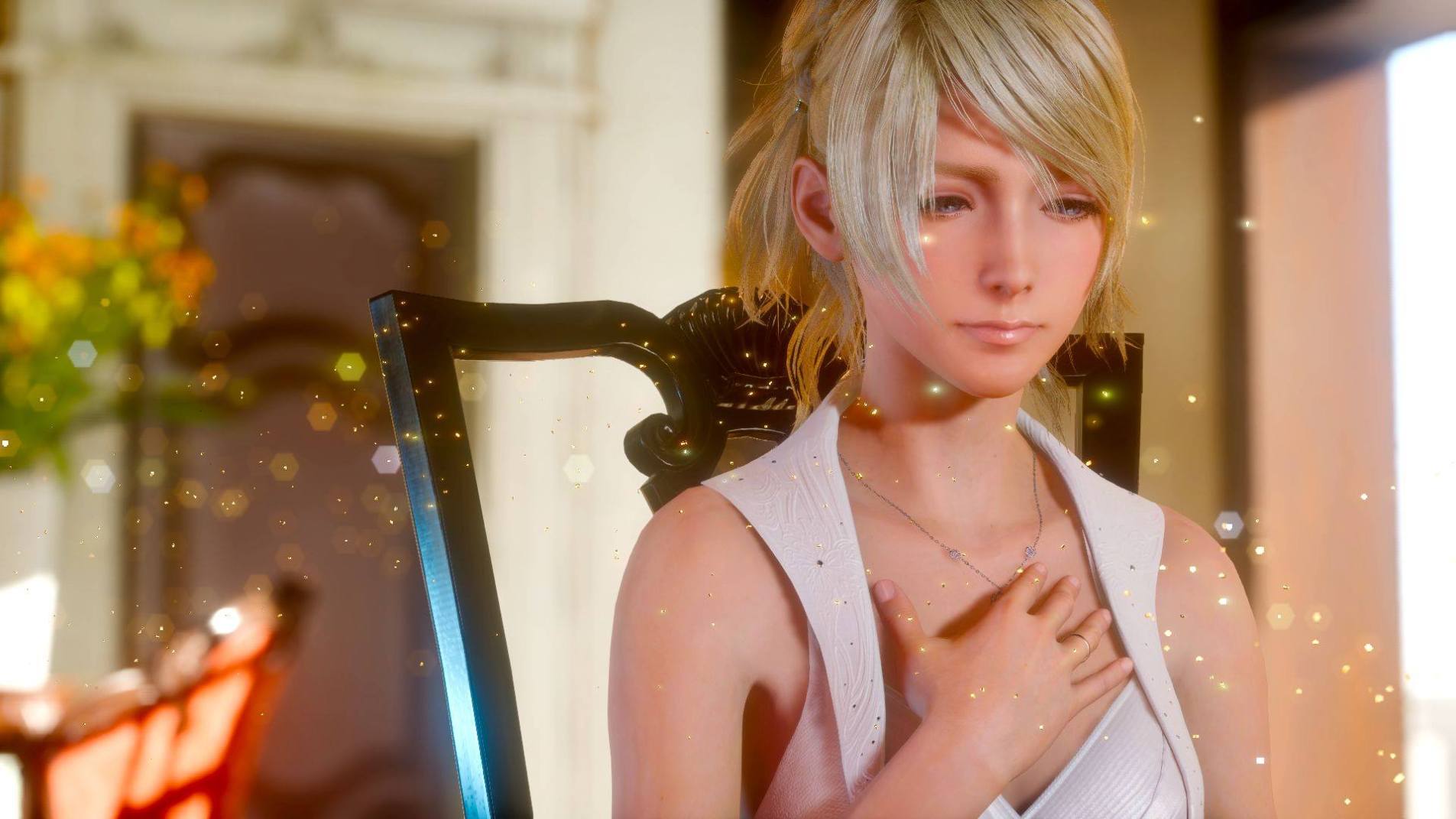 Yesterday, we revealed that the girl in Tokyo Game Show 2014 trailer isn’t actually Stella, even though the character looks very similar to her. She is known as “Luna”, the girl, the boys were talking about during the video. Now the screenshots, which were previously available as magazine scans/screenshots, have been released online in more high quality format. They give us a closer look at mysterious dinosaurs like monsters and the dungeon which will be playable in the Final Fantasy XV: Episode Duscae demo.