Square Enix has finally re-released “The World Ends With You -Solo Remix-” on App Store, after the game became completely unplayable in Fall 2014 when iOS 8 was launched. After not finding a solution to fix the compatibility issues, Square Enix decided to suspend the game from App Store […]

Dive In Square Enix has revealed that the whole the Final Fantasy XIII saga, Murdered, Final Fantasy VII, Final Fantasy VIII and The Last Remnant will be arriving for the smart devices later this year and in 2015. The games won’t be ports, but they will be streamed […] 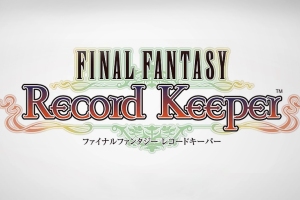 A new Final Fantasy game will be arriving to the Japanese mobile marketplace as it gets released for iOS and Android devices later this year. Final Fantasy: Record Keeper is a free-to-play title developed by DeNA and published by Square Enix.  The game will also feature microtransactions and […]

START YOUR ENGINES! In case you missed the game announcement during the E3, we have created a recap post with all details and screenshots we have received from the game so far. FINAL FANTASY VII G-BIKE is a high-speed action chase game coming to iOS and Android devices. The game […]

Square Enix announced today that Secret of Mana for iPhone will be on sale for a limited time. Usually priced at $8.99, the game is now on sale for $3.99/3.59€ until Sunday, August 10th. Secret of Mana will also be coming to Android devices this Fall. “Initially released […]