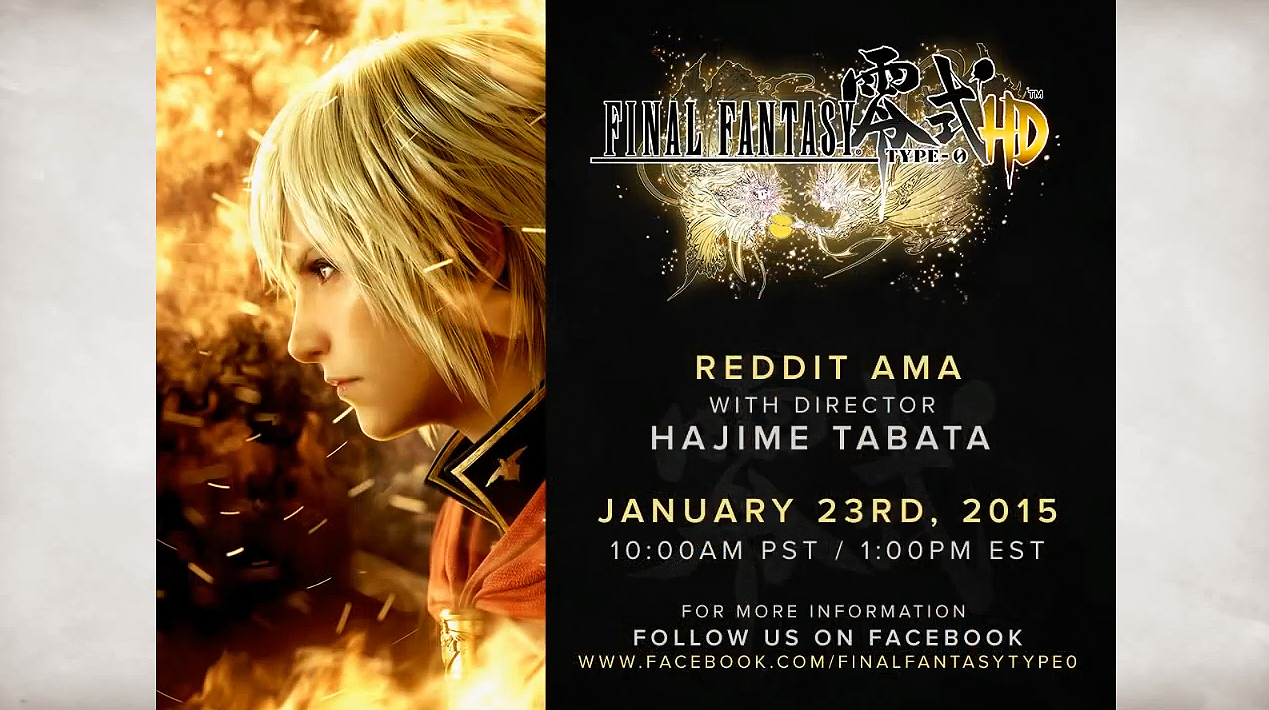 In addition to his role as a Director of FINAL FANTASY TYPE-0 HD, Tabata now serves as the Head of the Business Division 2 and is also working on FINAL FANTASY XV as the director.